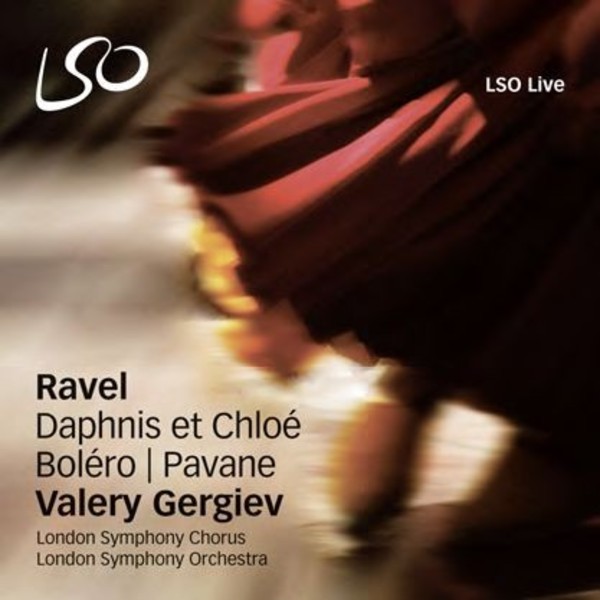 Ravel was commissioned by Serge Diaghilev in 1909 to write the music for 'Daphnis et Chloé'. Although he subsequently prepared orchestral suites of the score, the complete work is a magnificent showpiece in its own right. Ravel described it as a 'symphonie choréographique', although it is essentially an extended tone poem. Luscious orchestral colours run throughout the work, portraying the passion of the two protagonists for each other.

By contrast, 'Pavane pour une infante défunte', composed whilst Ravel was still a student of Gabriel Fauré, harks back to the simplicity of the 18th-century music of Rameau.

'Boléro', available now in this package as a DVD, is one of his final works, and his most infamous showpiece, highlighting the Spanish influences and passion that pervade so many of his works.

"Gergiev generates a frisson in everything he conducts ... This Daphnis with the London Symphony Orchestra has everything one could want  atmosphere, languor, superb wind playing. Gergiev generates more high-voltage drama than rival versions." - Financial Times