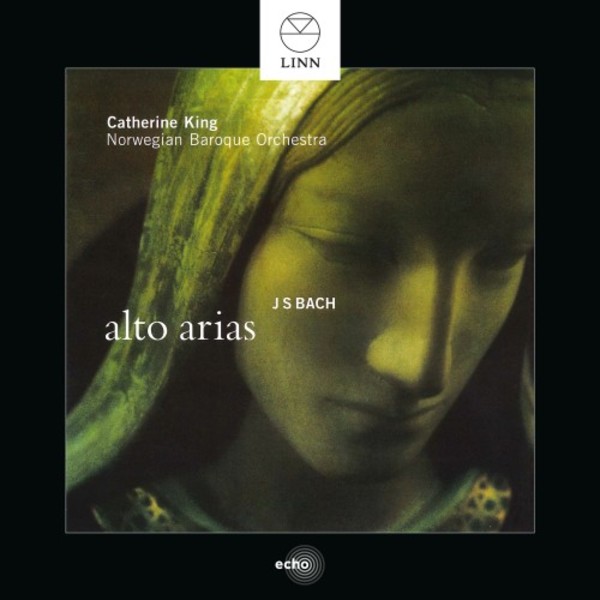 Catherine King and the Norwegian Baroque Orchestra perform a fascinating collection of arias by J.S. Bach, framed within the movements of his B minor Orchestral Suite, to create an unusual and attractive Baroque song cycle. Comprising some of Bachs most beautiful works for alto, this is essentially a posthumous overview  and exhibition  of certain aspects of Bachs creative life. Two arias (Buss und Reu and Erbarme dich) are drawn from the St Matthew Passion, two (Wo zwei und drei versammlet sind and Zum reinen Wasser) from Eastertide cantatas, and the Agnus Dei is from his most spectacular choral work: the B minor Mass.

Bach reserved some of the most life-changing music he wrote for the alto voice, possibly inspired to greater heights by his wife Anna Magdalena, who was herself an accomplished alto. With the majority of Bach alto arias performed and recorded by men it is refreshing to hear Catherine Kings rich alto bring new colours to these works. The NBO is directed alternately by Julian Podger and harpsichordist Ketil Haugsand, the distinguished pupil of Gustav Leonhardt.

Originally released in 2001, J.S. Bach: Alto Arias has been re-issued as part of Linns ECHO series which offers a second chance to enjoy the best of the labels award-winning catalogue.

Catherine King is acknowledged as one of the most versatile mezzo-sopranos of her generation with an impressive breadth of repertoire. From Bach to Elgar, Vivaldi to Verdi, from demanding new works to ageless soaring Hildegard, Catherine has earned respect in each of the many different fields in which she works. Gramophone recently described her as bell-voiced... with firm clear tone, elegant phrasing and agile, precise coloratura. Catherines career takes her to venues across Europe and beyond; she captivates her audience whether on the operatic stage, singing a great oratorio in an English cathedral or giving a solo recital.