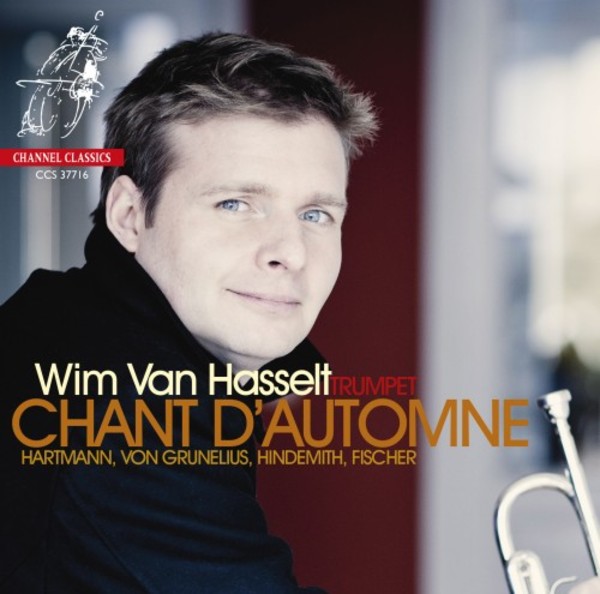 Concertino for trumpet and 7 solo instruments

Concertino for trumpet and 7 solo instruments

The title of this CD, featuring two world premieres (Grunelius and Fischer), is taken from the composition by the German pianist and composer Wilhelm von Grunelius. The inspiration for his work for flugelhorn, timpani and strings came from the poem Chant dautomne by the French poet and art critic Charles Pierre Baudelaire (1821-1867). The use of texts is a recurring theme in this colourful CD programme of music for the trumpet in a variety of combinations. At the end of the final movement of his Sonata for trumpet and piano, Trauermusik, Paul Hindemith incorporates Bachs chorale Alle Menschen müssen sterben (BWV 634). In his Eine Deutsch-Jiddische Kantate, Iván Fischer employs texts by Avrom Sutzkever, Rainer Maria Rilke, Johann Wolfgang von Goethe and others. The recording is also of particular value in view of the fact that the two world premieres of music by Grunelius and Fischer are performed by the Budapest Festival Orchestra under Iván Fischer himself, while he also conducts his own Eine Deutsch-Jiddische Kantate, with his daughter Nora Fischer as soprano soloist.

Wim Van Hasselt is professor of trumpet at the University of Music Freiburg in Germany and regularly makes solo appearances and gives masterclasses at home and abroad (Europe, North America and Japan). As a soloist he played with orchestras such as the Amsterdam Sinfonietta and the Budapest Festival Orchestra. He is also an active chamber musician in different ensembles and has appeared at the festivals of Lucerne, Bad Kissingen and Schleswig-Holstein among many others.