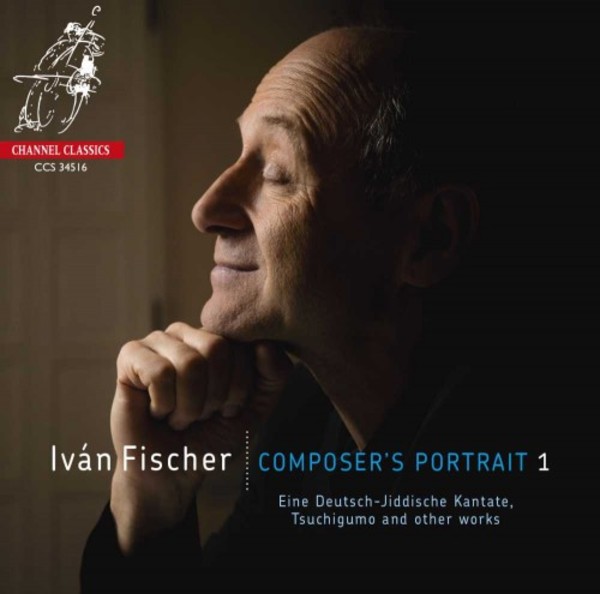 The conductor Iván Fischer has in recent times come increasingly to the fore as a composer. He began to compose when he was about twenty, writing in a rather avant-garde style fitting for that age, as he says. But it all came to an end as he became more and more absorbed by conducting. Some thirty years later, however, the urge to take up the pen again became irresistible. A feeling as though I found my true self. He describes himself not as a composer but as a composing conductor. For the many composers whose music he conducts are his teachers and his source of inspiration.

This CD presents a portrait of the composer Iván Fischer. The liner notes are largely based on his own commentary and on that of Habakuk Traber (who writes for the Deutsches Symphonie-Orchester Berlin).

What particularly fascinates me is the diversity of musical styles now available, and that this diversity is also the language of the public. I consider eclecticism to be the most modern musical language of our time. - Iván Fischer

The wry little Fanfare that opens this portrait CD sets the tone for the music that follows: quirky, lean and with a gleefully scattergun approach to its influences. In Tsuchigumo, a 20-minute satirical childrens opera, Monteverdi-like recitatives jostle with Weill-style choruses and a thudding bass guitar; Shudh Sarang-Sextet incorporates an Indian raga, teaming a string quintet with a tabla; Eine Deutsch-Jiddische Kantate begins with a prelude that could almost be by JS Bach.  Erica Jeal
The Guardian 16 September 2016