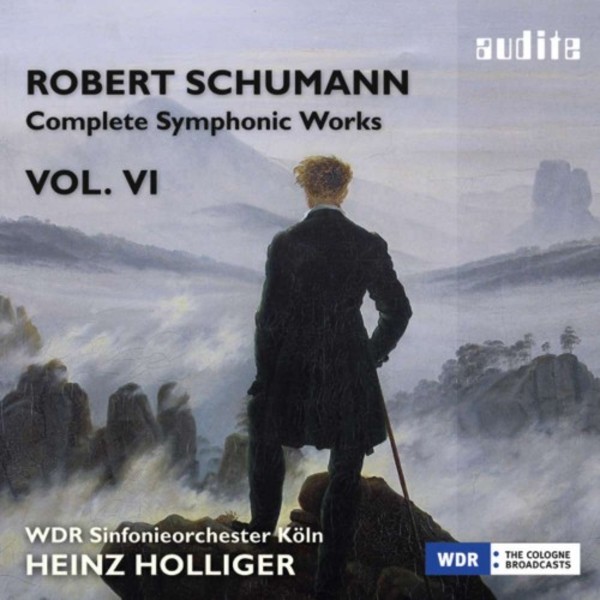 The overtures, all written after 1847, represent an essential complement to the symphonies: seen in relation to the symphonies, they take a similar position as do the Konzertstücke relative to the concertos. Schumann conceived them partly as preludes to operas, oratorios or incidental works, partly as independent pieces. On the one hand, they were intended to provide an image of the whole; on the other, their purpose was to introduce, leading into the drama. Beside larger- and smaller-scale vocal works, and alongside the poetic renewal of the symphony, they bear testimony to the great significance of literature in Schumanns musical thought and style.

The overtures are supplemented with Schumanns first symphony, the so-called Zwickau. It was the composers first attempt in the symphonic form to be performed publicly, even though the work remained incomplete.

Holligers music-making, as oboist, conductor and, indeed, composer, reaches depths through being constantly on the edge, and that makes him eminently suitable as a champion of Schumann...Each reading possesses that winning Schumannesque mixture of urgent fervour and spacious grace. - Sunday Times

as he showed in the previous disc in the series devoted to the smaller-scale concertante works, Holliger is adept at breathing life into Schumanns orchestral writing Anyone who has followed Holligers series wont be disappointed by this final instalment.  Andrew Clements
The Guardian 29 April 2016