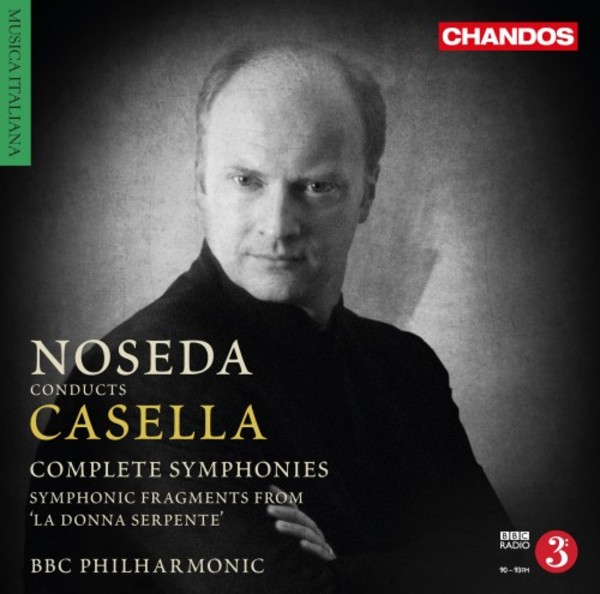 After being named Conductor of the Year at last years Musical America Awards, Gianandrea Noseda has this year been appointed new chief conductor of the National Symphony Orchestra in Washington DC, taking up this new position at the start of the 2017- 2018 season.

To celebrate this nomination and the great achievements that led to it, we have gathered the complete symphonies from his Casella series with the BBC Philharmonic (CHAN 10605, CHAN 10712, CHAN 10768, and CHAN 10880) in a two-CD set. International Record Review has called it a wonderful series in which Casellas imagination and grasp of orchestral colouring simply shine through. Noseda and the BBC Philharmonic are the performers to bring it to life.

Conducting the BBC Philharmonic as well as the Teatro Regio Torino, Noseda has been involved in the popular Musica Italiana series for more than ten years. He is now regarded as a champion of long forgotten scores by well-known composers as well as an advocate of the finest works by altogether neglected ones.