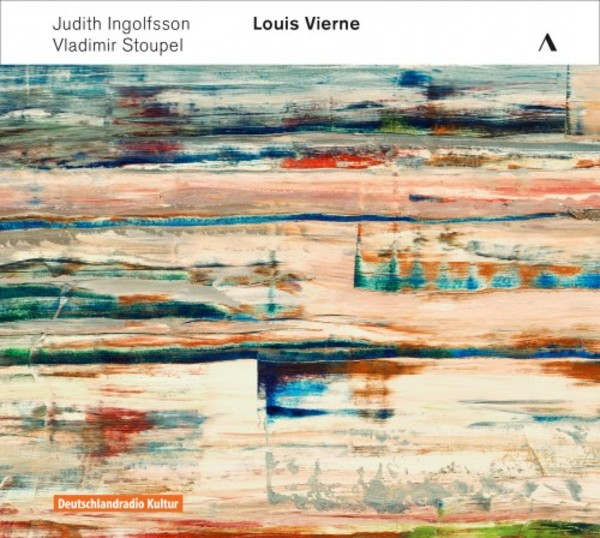 Violinist Judith Ingolfsson and pianist Vladimir Stoupel are both accomplished soloists with international concert careers. In 2006, they began a successful collaboration, searching for new paths in chamber music and devoting themselves to the cultivation of an uncommon repertoire. One of their projects is Concert‐Centenaire, dedicated to composers whose lives were influenced by the First World War.

The life of French composer Louis Vierne (1870‐1937), a pupil of César Franck, was marked by terrible blows of fate, and yet he reached the heights of the compositional profession in spite of the difficult times in which he lived. Almost blind from birth, Vierne became the organist of Notre‐Dame Cathedral in Paris and was celebrated during his lifetime as both a soloist and a composer. Today his works are for the most part  unjustly  ignored. This recording seeks to restore them to their rightful place. The richly nuanced Sonata in G minor for violin and piano was commissioned by the renowned virtuoso Eugène Ysaÿe, who played the triumphant first performance of the work in 1908. The Piano Quintet in C minor is dedicated to Viernes son, who was killed in the First World War. This piece is widely acknowledged as Viernes finest chamber music composition and is notable for its bold emotionality as well as its masterful construction.

Concert‐Centenaire  a series of three CDs including works by Albéric Magnard, Rudi Stephan, Louis Vierne, and Gabriel Fauré  will be released in 2016 by Accentus Music.