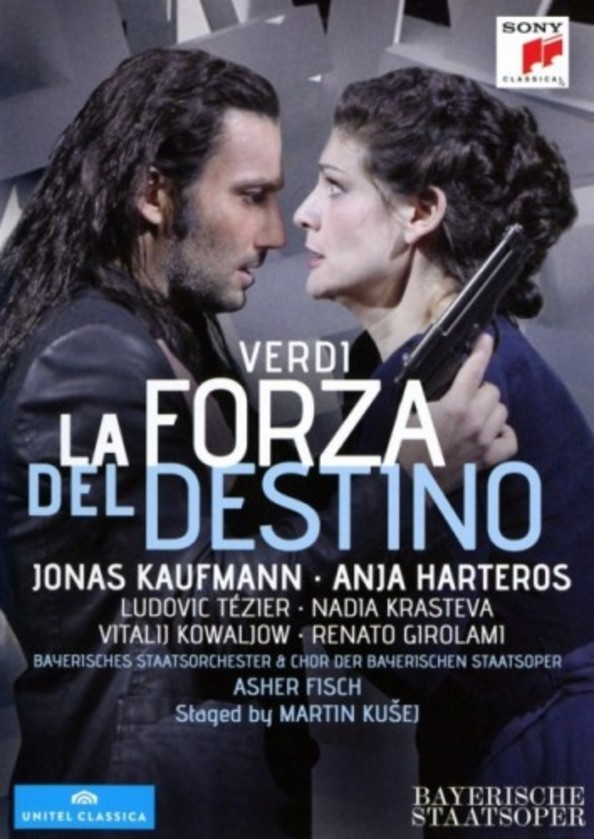 Rounding off the Verdi centennial year in dramatic style  Martin Kuejs thrilling contemporary interpretation of Verdis late-period opera proved the perfect vehicle for the Bavarian State Operas dream-team of Jonas Kaufmann and Anja Harteros. The imposing sets references to terrorism and the implosion of modern civilization bring the operas inherent drama to a breathtaking pinnacle.

Munich has done Verdi proud here () Kaufmann and Harteros are both on top form. - The Times

Opera could never have been better or more grand. - Die Welt

His singing is dashing, heroic, melting and easy. - Financial Times