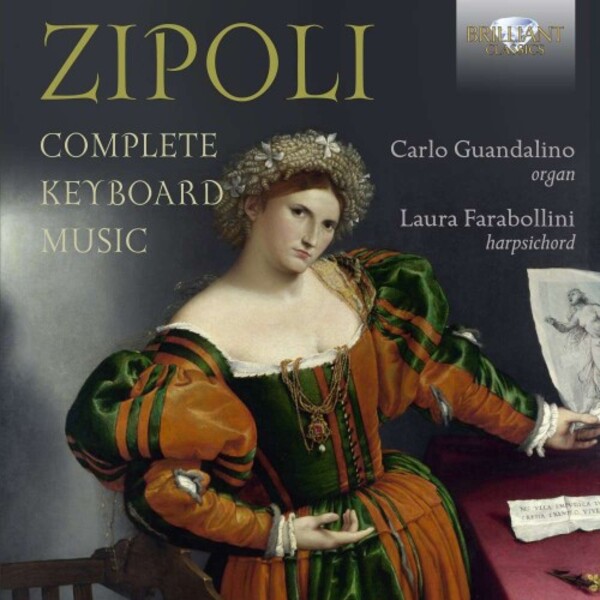 If the keyboard music of Domenico Zipoli (1688‐1726) is now played or remembered, it is through the gentle swing of his C major Pastorale with its chirpy central section, popular as communion music with organists. Few of them will know that the Pastorale forms part of a larger collection of Sonata dintavolatura, which were published as Book 1, with a second book which worked in the same genre but for harpsichord. Both books have been recorded before, but they have never been available as a single set, or at budget price.

The individual works in the harpsichord collection are structured as four‐ and five-movement dance suites, containing ornate preludes, reflective sarabandes and lively gavottes and gigues, with two more stately partitas, in C major and A minor. They are played here on a copy of an instrument by Taskin in the late 18th century, built by the Piedmontese instrument‐maker Giuseppe Corazza. The organ used for the first book of sonatas is a two‐manual instrument for the Church of SS Peter and Paul, Castelnuovo Scrivia in the province of Alessandria. It was built in 1612 by the brothers Angelo and Giuseppe Vitani and subsequently revised by Luigi Amati in 1796.

The Princess of Forano to whom Zipoli dedicated the sonatas, Maria Teresa Strozzi, may have been related to the bishop, Leone Strozzi, who had confirmed him at Prato Cathedral on 2 May 1699. Both sets of sonatas were written by Zipoli in his early 20s, while he was organist of the Jesuit church in Rome, and they were published in 1716, the same year that he joined the Jesuit order. Having been sent the following year as a missionary to South America, he died of tuberculosis before he could be ordained as a priest, but while in Paraguay composed several cantatas on which he fame now chiefly rests.