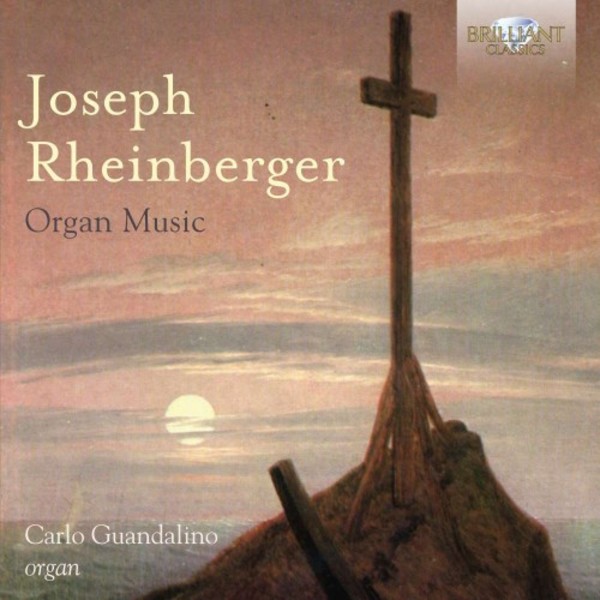 Joseph Rheinberger (1839‐1901) was unquestionably the foremost German composer working within the framework of the Cecilian movement, which promoted Classical values within the tradition of sacred music in mid‐19th-century Germany: Mendelssohn was decisively influenced by its precepts, especially in his later sacred music and Hymn of Praise. A remarkably versatile musician, Rheinberger was best known as a teacher during his lifetime  of Engelbert Humperdinck and Wihelm Furtwängler, among many others  but he was a prolific composer, especially for his own instrument, the organ.

The 20 organ sonatas speak most eloquently for his skill in infusing classical forms such as the Sonata with the warmth of late‐Romanticism. The Fourth Sonata in A minor is now the most‐often heard of those sonatas, especially for its masterful closing chromatic fugue. The first movement uses a medieval psalm tone which returns in glory at the climax of the fugue. The 214‐bar Passacaglia from the Eighth Sonata is an even more impressive demonstration of Rheinbergers mastery of Baroque forms, and a superb example of musical architecture.

With the 12 Characteristic Pieces, op.156, Rheinberger returned to the language of Romanticism, which is immediately evident even in the choice of titles: Duetto, Canzonetta, Vision and Intermezzo. On this recording, Carlo Guandalino plays a new instrument constructed by Alessio Lucato in the style of the German Romantic organ for the church of San Michele delle Badesse in Padua. This is Guandalinos second album for Brilliant Classics, after the complete keyboard music by Domenico Zipoli (BC95212).

Echoes of Peace: Choral Music at the Monument to the Battle of the Nations, Leipzig