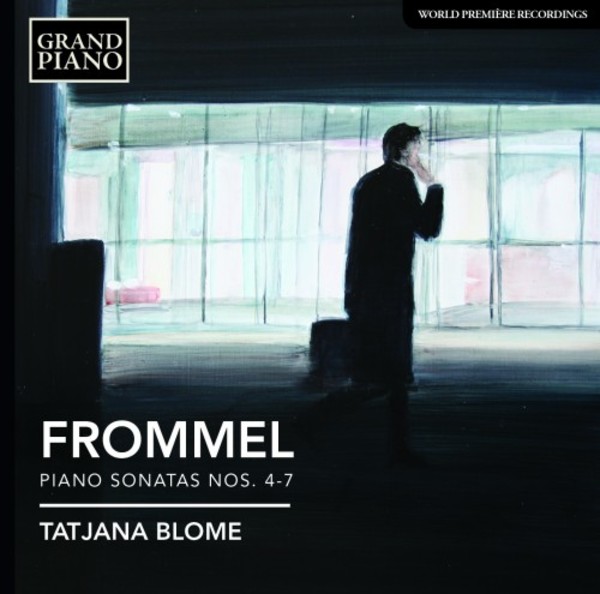 Gerhard Frommel (1906-1984) regarded his piano sonatas as a miniature compendium of his entire output, reflecting a fundamentally Romantic approach melded with Stravinskian vitality. The Sixth Sonatas poised profundity, inventiveness and structural perfection gives it a place as one of the best in its genre, its serene transparency lying between the powerfully heroic Fifth Sonata and the crystalline quality of the Seventh; a summation of expression in a work that Frommel was conscious would be his last.

As a twelve-year-old Tatjana Blome won first prize in the Steinway Competition and a year later gave her first evening recital. In 1995 she made her debut in the Berlin Philharmonie with Brahmss Piano Concerto no.1. She studied with Josef-Matthias Blome, Renate Kretschmar-Fischer, Heidrun Holtmann, Aribert Reimann and Gerhard Oppitz. Her career has brought performances throughout Europe, with recitals in Austria, France, Slovenia, Portugal and Russia and appearances as a soloist with various orchestras. Tatjana Blome has recorded over fifty works for labels including Deutsche Grammophon, EDA and Grand Piano.

'[] I found one thing after another to marvel at and delight in.  [Tatjana Blome] plays with admirable clarity, authority, and vivacity, and is captured in Grand Pianos clear, strong, and immediate sonics. Listeners wanting to hear more by Frommel might hope for a second volume of the piano sonatas'  American Record Guide