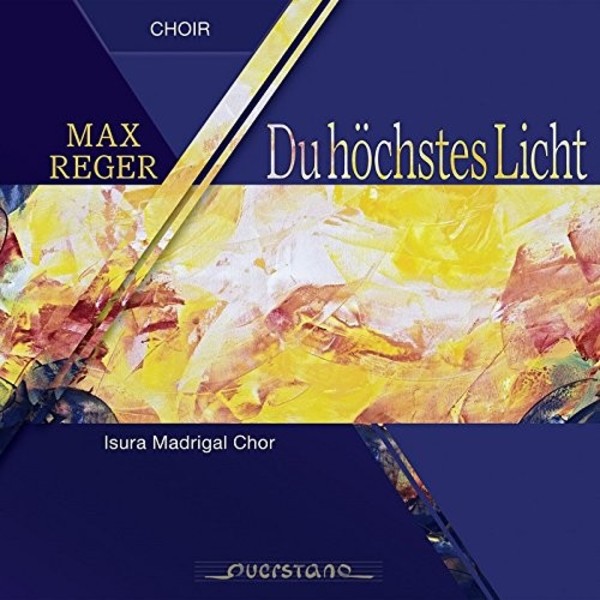 Du höchstes Licht [You the highest light]: The second of the Acht geistliche Gesänge [Eight Sacred Songs] op.138 by Max Reger begins with these words and expresses the composers religiousness in word and tone. This is focused on the afterlife. Reger, Catholic himself, who was excommunicated because of his marriage to the Protestant Elsa Reger, is also someone who thinks like a Protestant in his constant existential struggle. His life was interspersed with many crises, through his entire life he had to face many kinds of physical and mental illnesses. The choral works from the final period of Regers life which are interpreted on this CD are rays of hope against this personal-existential background, mirroring his religious approach as well. He thus fell back on liturgical texts which correspond to everyday worship in their usage in the Vier Kirchengesänge [Four Hymns] (WoO VI/20). In the motet O Tod, wie bitter bist du [O Death, How Bitter Art Thou] which Reger dedicated to his role model JS Bach, he expressed a resistance against death.

The Isura Madrigal Chor, founded in 1986, unites singers from across Upper Bavaria. Like the water of the river Isar, which is what the Celtic name Isura (the torrent) stands for, singing should carry you away and bring changes, whereas the term Madrigal underlines the a cappella focus of the ensemble. This CD was produced in co-operation with Bayerischer Rundfunk (Bavarian Broadcasting Corporation).