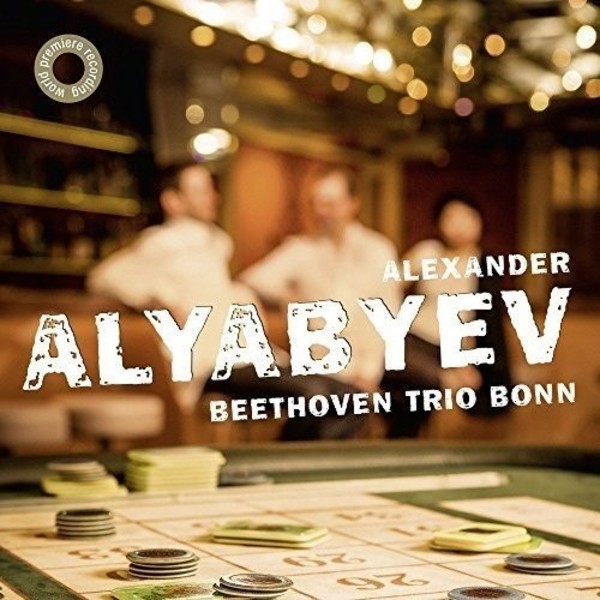 Alexander Alyabyev: A Russian Schubert?
In 1812, at the age of 25, Alexander Alyabyev enrolled in the Russian deployment army. As a cavalry officer he took part in campaigns against Napoleon that took him all the way to Paris; he was badly wounded in the arm and transferred to the National Guard, where he became one of its best officers. Alyabyev had made himself a name in music salons as a composer of romanzas and brief pieces for piano prior to the Napoleonic War. Once he returned from the front, he started writing a series of chamber music works. After having attained the rank of lieutenant-colonel, he was able to retire with an army pension in 1823. From then on, he was able to devote himself entirely to music and chose to live in Moscow. The capitals theatres staged his opera buffa The Moonlit Night, along with his ballet The Magic Drum, or the Sequel to the Magic Flute. However Alyabyevs life has changed through a dramatic event. He was also known to be addicted to gambling and card games. Towards 1825 he was involved in a card game brawl where someone was killed. He was placed in custody for three years  his sister organized a piano for him to practice on in his prison cell  and declared guilty although the murder charges were never proven. Alyabyev was sentenced to exile to his home town of Tobolsk; he was moved westward to Orenburg in the Ural mountains in 1833 and finally allowed entrance into the region (government) of Moscow one year afterwards. In 1843 he was permitted to resettle in Moscow proper. But from 1825 to the end of his life, Alyabyev always remained under constant police supervision and was forbidden to perform in public. By the time of his death in 1851, his role as a composer in public life had become insignificant. Alyabyevs early works show his admiration for Beethoven, and he also wrote a great deal of salon music. His style was generally conservative and is often compared to early Schubert, particularly in view of his important art song output. In fact, Alyabyev is often nicknamed the Russian Schubert.