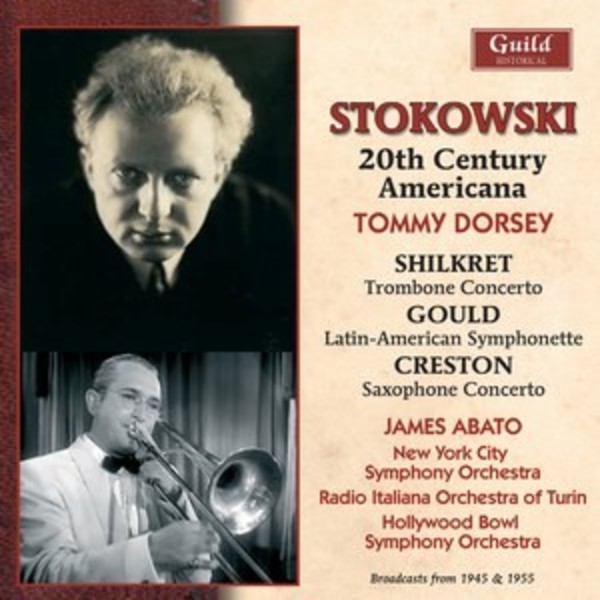 The discography of Leopold Stokowski has to be arguably the most extensive and varied in terms of repertoire of any conductor of the 20th-century, and this latest Historic release from Guild contains three exceptionally rare recordings of works by American composers from the 1940s and 1950s. Nathaniel Shilkret's fine Trombone Concerto was commissioned by and dedicated to the immensely popular jazz and dance-band leader Tommy Dorsey, who gives the world premiere captured on this CD. This immensely valuable recording document is partnered by a similar recording of the beautiful Saxophone Concerto of Paul Creston, which is outstandingly well played by James Abato. The disc is completed by Morton Gould's brilliant Latin-American Symphonette, documenting Stokowski's only complete performance of a work he greatly admired.