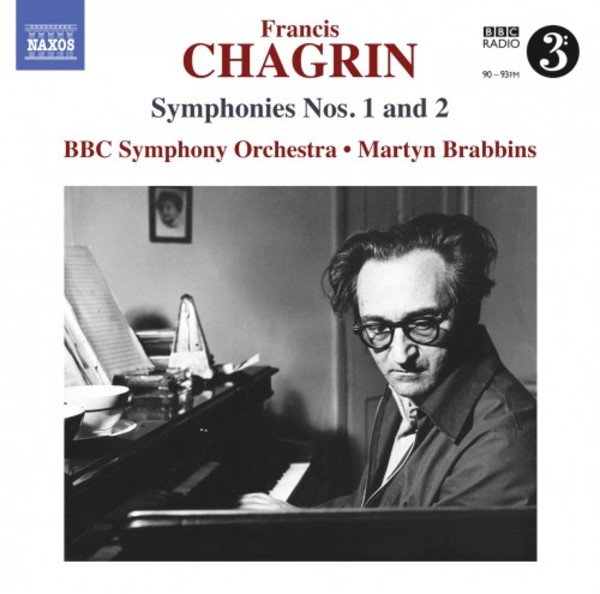 Francis Chagrin described himself as Romanian by birth, British by nationality and cosmopolitan by inclination. A student of Paul Dukas and Nadia Boulanger, Chagrin wrote prolifically for films but composed for most genres. The two symphonies are among his most important orchestral works. Both are dramatic, even passionate  not least in the beautiful slow movements  and full of contrasts, both within and between movements. Undeservedly neglected, they reveal Chagrins mastery of form and colour.

Regarded as one of Britains most eminent film composers, Chagrin wrote the music for the famous film of An Inspector Calls and the documentary The Colditz Story. Apart from the film music there is very little Chagrin available on disc. This is a new release under the auspices of The British Music Society, a number of whose discs have already been released by Naxos.

As the BBC Symphony Orchestras fiercely engaged performances under Martyn Brabbins show, both symphonies are thoroughly worthwhile works, which for all Chagrins self-declared cosmopolitan inclinations, seem to fit well into the British symphonic template of the 1950s and 60s. [...] Together, they define an intriguing creative figure, whose music needs to be explored further. Andrew Clements
The Guardian 3 February 2016