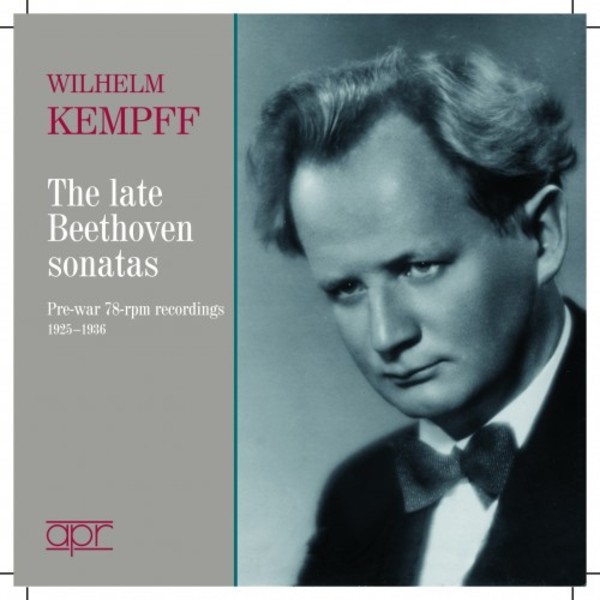 Wilhelm Kempff had such a long life, and recorded so prolifically in the LP era, that we tend to forget that he began his recording career in 1920 in the acoustic period, and recorded 24 of the 32 Beethoven sonatas on 78s. Indeed, in the pre-war period he was second only to Schnabel (whose complete cycle was done in the 1930s) in the amount of Beethoven he recorded, and he made the first ever recordings of the sonatas op.81a, op.90 and op.101, included in this set.

Kempff went on to record two complete sonata cycles in the 1950s and 1960s but he has always been regarded as a poetic and lyrical player and his Beethoven is therefore more closely allied to Mozart than the more barnstorming approach of others. The first thoughts included here are perhaps the freest of all his recordings and have an almost improvisatory feel. Perhaps the impossibility of editing at this period captured Kempff more naturally than in his later efforts.

None of the recordings included here are currently available elsewhere, and op.90 and op.101 have never been reissued since their original release on 78s. The acoustic op.101 is a particularly rare item barely known to collectors.