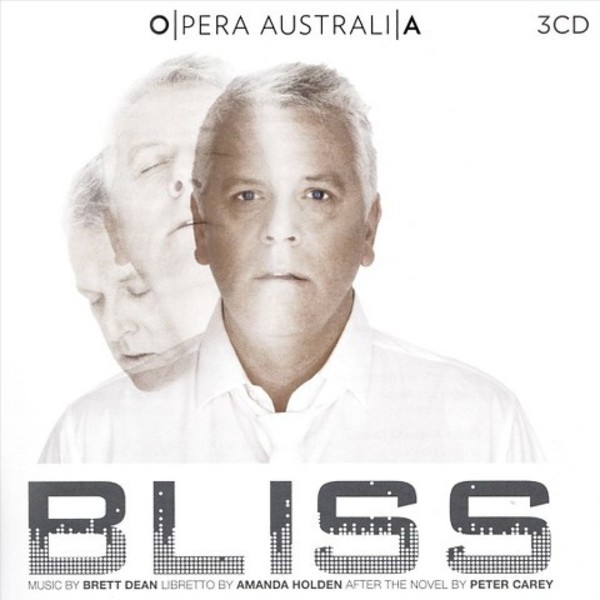 The coruscating story of Bliss is brought to life in all its vivid and surreal reality by Amanda Holden's libretto and Brett Dean's score - resulting in one of the most engaging contemporary operas to emerge in recent years.

Bliss is the story of Harry Joy, the MD of an advertising company who returns to consciousness after a near-death experience - and sees his life in a new light. His wife is having an affair with his business partner; the company for which he works is selling cancer-inducing chemicals; his son (a drug dealer) and his daughter (a communist) are having an incestuous relationship. Harry escapes into the arms of Honey, a prostitute and healer, in whose company he eventually finds solace - but not before his family has self-destructed, in some cases quite literally.

This recording, made at the world-premiere season in Sydney prior to acclaimed performances throughout Europe, is made available here for the first time and is an indispensable record of one the most talked-about cultural events of our time. Peter Coleman-Wright stars as Harry Joy alongside a brilliant cast.

Music by Brett Dean; libretto by Amanda Holden after the novel by Peter Carey

Bliss can only add joy to the operatic firmament. Long may it live. - Michael Smith, The Age (Australia)

This is something which I already want to hear again, combining instant popular appeal with high artistic quality. - The Telegraph (UK)

I cannot remember when I was last so gripped by a big new opera  [Brett Dean] is an Opera Composer writ large. - Opera Magazine (Germany)

Brett Deans Bliss is a formidable piece of work, compelling at every point. - The Spectator (Australia)