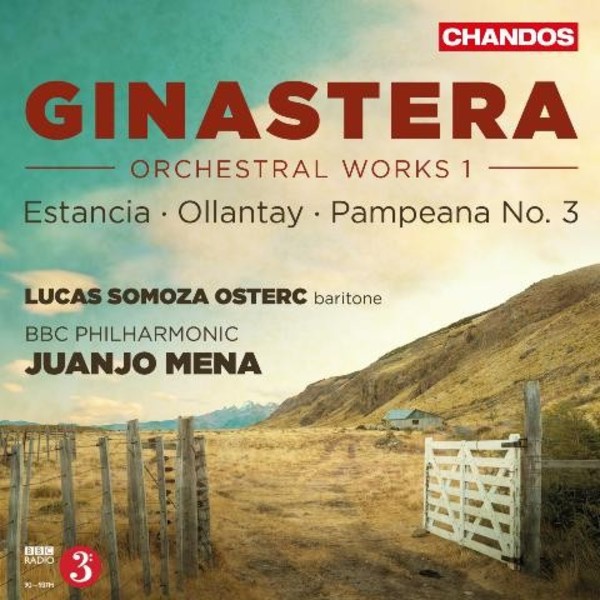 Not only acknowledged as a leading South-American composer of his day, Ginastera is also seen as one of the heroes of Latin-American music in general, whose enduring source of inspiration was Argentina itself: its pre-Columbian legacy on the one hand and the vast landscapes of the pampas on the other.

Indeed, if Ollantay is inspired by the former, and more especially by a dramatic poem of Inca origin, Ginastera turned to the latter for the setting of his second ballet, Estancia, based on the life of the gauchos who work in those wide open spaces. The essential genre of music in this piece is the malambo, an exclusively masculine, competitive traditional dance, far from the seductive tangos of Ginasteras now more famous compatriot and pupil Astor Piazzolla.

While the landscape is the same in Pampeana No.3, the music is more abstract and contrasted, marking the transition from what the composer called a compositional period of objective nationalism to a subjective one.

The BBC Philharmonic is in cracking form at the moment, ... and in Juanjo Mena it has a chief conductor capable of leading it through the dance rhythms and moods of the Spanish-speaking world with gusto and understanding. Theres an equally sensitive contribution from the Argentinean baritone Lucas Somoza Osterc. And the orchestras in-house production team by now knows how to get the best out of its home studio in Salford. Altogether, this is a thoroughly enjoyable start to what should be a significant series.  Anthony Burton
BBC Music Magazine April 2016

The main work is the ballet Estancia, which is less than an ocean away from Fallas Three-Cornered Hat, but with a harder edge. The foot-stomping rhythms of gaucho folk dance abound in this tale of a city boy making good in the country, with intermittent narration and singing from baritone Lucas Somoza Osterc. Under Mena, the BBC Phil makes the final dance a proudly jubilant shindig. Erica Jeal
The Guardian 22 January 2016