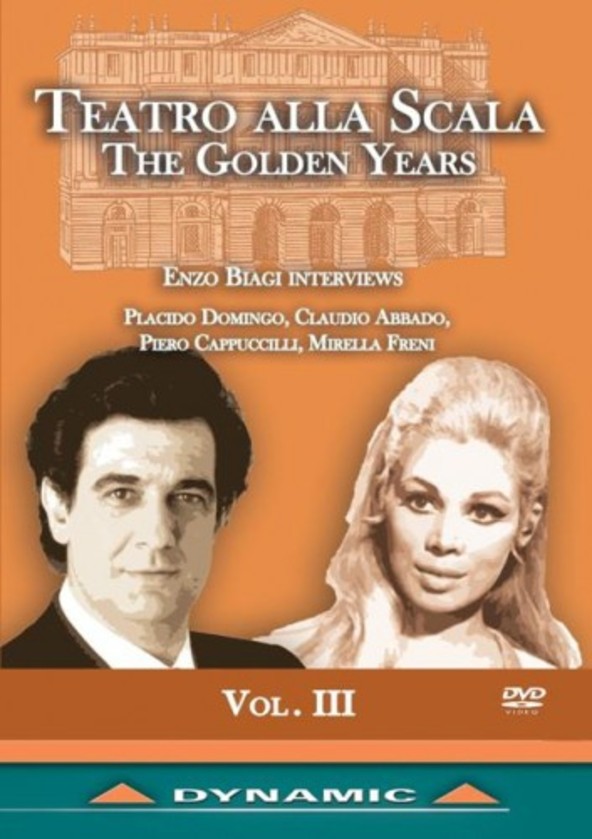 Enzo Biagi was one of Italys most famous and respected journalists. His love of the prestigious Milanese venue inspired the programmes he made during the period 1981-82, which we are now presenting on DVD. Documenting the La Scala productions from those years, Biagi attended rehearsals and interviewed not only the conductors, singers and directors of the time, but also some of the great stars of the past.

That documentary series, originally produced on 16 mm film, has now been restored and made available to a wider public by Dynamic.

This final DVD of the series is dedicated to La Scalas 1981 tour of Japan.

Contents include:
- Biagi talks with Claudio Abbado about the role of the conductor, his colleagues, and the rivalry with Riccardo Muti
- Behind-the-scenes shots of Verdis Otello, with Placido Domingo in the title role
- An in-depth discussion with Placido Domingo: his debut at La Scala, his difficult beginnings and his future projects
- An interview with baritone Piero Cappuccilli
- A conversation with Mirella Freni: her debut, her success, her colleagues and her sources of inspiration
- Behind-the-scenes footage of Verdis Simon Boccanegra, with Piero Cappuccilli, Mirella Freni and Nicolai Ghiaurov