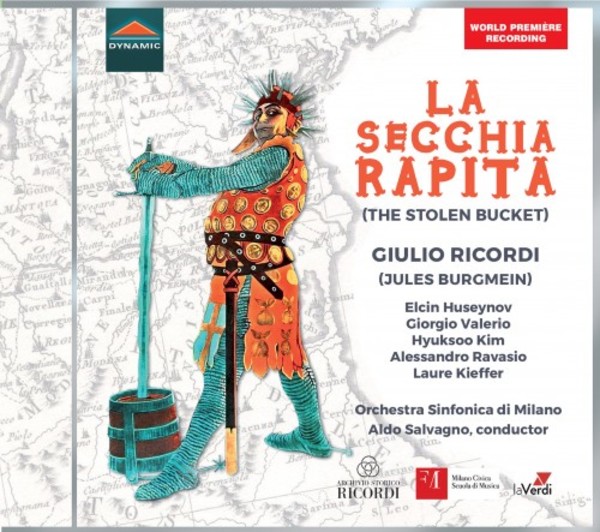 La secchia rapita (The Stolen Bucket), with music by Giulio Ricordi  alias Jules Burgmein  and a libretto by Renato Simoni, was the second of three operettas that Ricordi composed. It has now been revived in a modern edition that faithfully follows the autograph manuscript. The libretto, which contains truly hilarious situations, is derived from the famous mock-heroic poem by Tassoni. The opera hinges on historical events that took place during the war between the cities of Bologna and Modena, at the time of Emperor Frederick II. During the battle of Zappolino, fought on 15 November 1325, the Bologna forces, though numerically superior to those of Modena, suffered a major defeat. Before returning to Modena, as a gesture of scorn, the Modenese stole a wooden bucket from a well; the bucket still exists and is now kept at Modenas town hall.