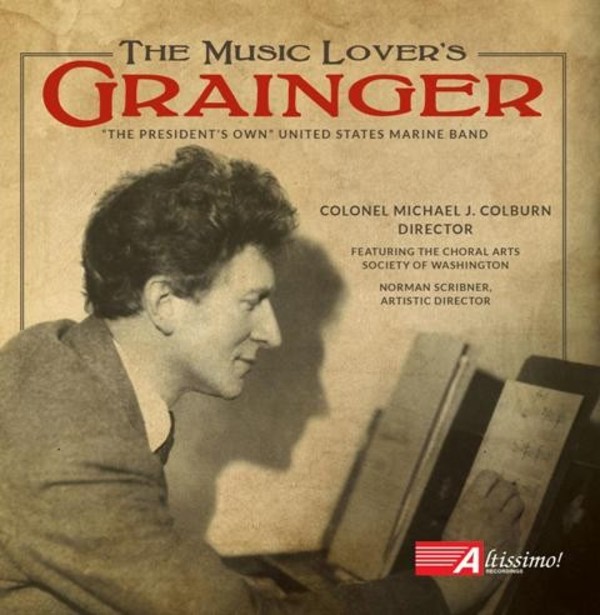 Many of the tunes that Percy Grainger set in his music he recorded in the field himself. He was the first to use the phonograph to collect and record English folksong. Grainger began work on his first setting of the 'Irish Tune from County Derry', the tune for 'Danny Boy', in 1902, long before it was widely known.

This release was performed and recorded live in commemoration of the 50th anniversary of the composers death.

The title 'The Music Lovers Grainger' was borrowed from one of Graingers many unfinished publishing projects, reflecting the world première recordings featured on the program, including:
 'The Lost Lady Found' transcribed for band and chorus, based on Graingers original setting for chorus and orchestra.
 The original, unpublished band version of 'Spoon River', reconstructed from the recently discovered manuscript parts.
 An alternate, otherworldly harmonization of the 'Londonderry Air', scored for band, chorus and organ.
 Music drawn from English, Irish, Scottish, American and Danish folksong.