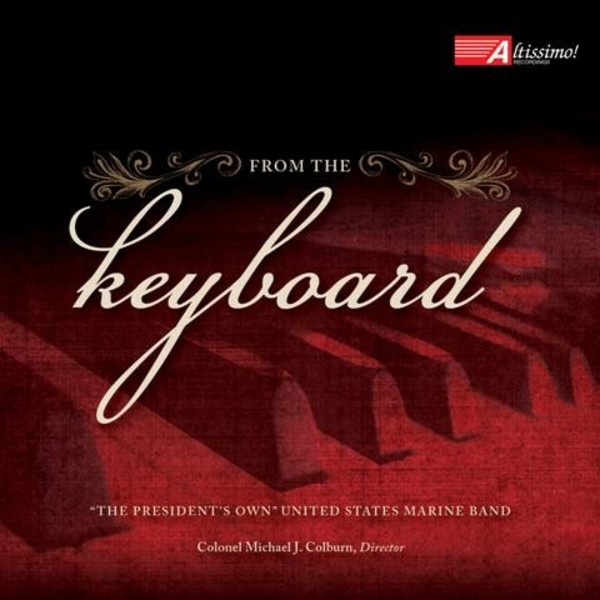 The phrase 'from the keyboard' is generally used to describe an ensemble performance that is conducted by a musician who is simultaneously performing on a keyboard instrument. For the purpose of this recording, however, the phrase is used in reference to the fact that each of these selections was originally conceived for a keyboard instrument and later transcribed for the concert band.

This new recording from 'The President's Own' United States Marine Band begins with the famous Toccata and Fugue in D minor, by J S Bach, arguably the most famous organ composition ever written. The band continues with Sibling Revelry, a set of piano etudes by David Rakowski, transcribed by the composer himself, Lento Assai, from Rachmaninov's iconic Symphonic Dances, and Debussy's The Engulfed Cathedral.

The album concludes with Modest Mussorgsky's pinnacle work, Pictures at an Exhibition, originally transcribed by Maurice Ravel for orchestra, adopted for the triumphant sounds of the Marine Band.