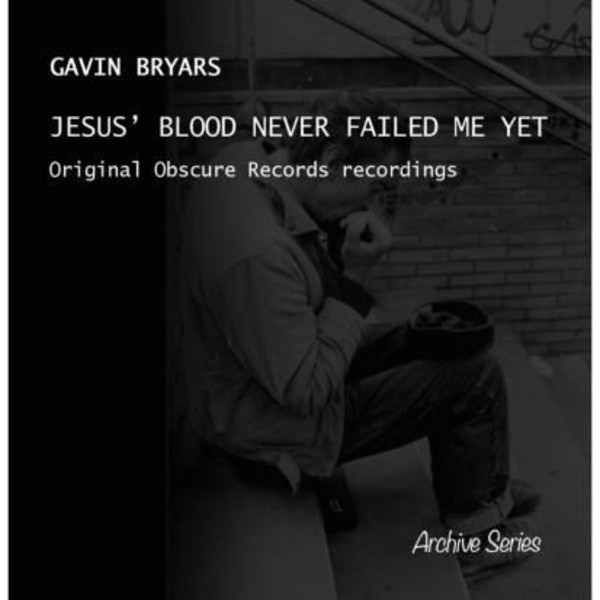 Jesus' Blood Never Failed Me Yet
The Sinking of the Titanic

Jesus' Blood Never Failed Me Yet
The Sinking of the Titanic

This album is a remastered reissue of the cult classic recording by Gavin Bryars, 'Jesus' Blood Never Failed Me Yet'. It was produced in 1975 by Brian Eno for his own Obscure Records label. With its memorable and mesmerising singing of an old tramp, it's the favourite album of Tom Waits and a work that has achieved iconic status.

Now made available as the first release in the 'Archive Series' on Gavin Bryars' own label, GB Records, 'Jesus' Blood Never Failed Me Yet' is coupled with the original recording of 'The Sinking of the Titanic', another iconic work from the early period of experimental music.

This is now the only easily obtainable recording of 'Jesus' Blood Never Failed Me Yet', one of the major works of the last 40 years. The piece achieved huge coverage with the 1993 extended version on Point, which introduced additional vocals by Tom Waits. But for many people this original version is the authentic work and it continues to resonate throughout the music world.

Composed between 1969 and 1972, 'The Sinking of the Titanic' is also considered one of the classics of British experimental music. The initial starting point for the piece was the reported fact of the Titanic's band having played a hymn tune as the ship went down, the lack of any report of their having stopped playing, combined with a number of other features of the disaster that are both reproducible and that "take the mind to other regions".