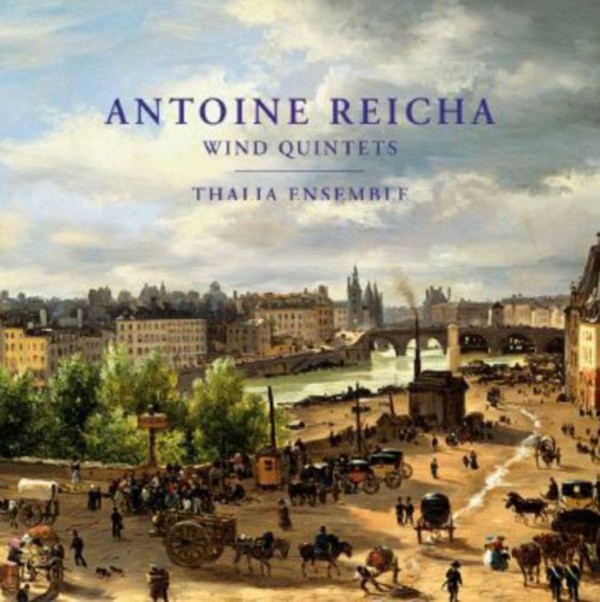 Thalia Ensembles win at the prestigious biennial York Early Music International Young Artists Competition led to this debut recording. The competition is renowned for launching the careers of many notable ensembles, such as Palladian Ensemble, Profeti della Quinta and Ensemble Meridiana.

Thalia Ensemble, whose prize-winning programme included works by Anton Reicha, was praised by the jury for its beautiful ensemble sound, as well as the ensembles lively communication.

Premiered in Paris in the early nineteenth century, these works were an overnight sensation, recognized across Europe as the pinnacle of their genre. More than any other composer who wrote for wind, Reicha produced works that were hailed as worthy counterparts to the string quartet.

An experienced flautist, Reicha was able to craft quintets that successfully integrated each wind instrument, employing its unique character and technical anomalies to full effect. As well as taking influence from his close acquaintances Haydn and Beethoven, Reichas melodic style is Mozartian in flavour, spiced with subtle chromatic tinges and quirky syncopations.

Since the beginning of 2011, Thalia Ensemble has established itself as a leading ensemble in the field of classical and early romantic chamber music.

Thalia Ensemble has performed extensively in England, both at leading early-music festivals and in more intimate venues. In 2012 Thalia Ensemble was awarded the title of Selected Promising Ensemble in the International Young Artists Presentation in Antwerp.