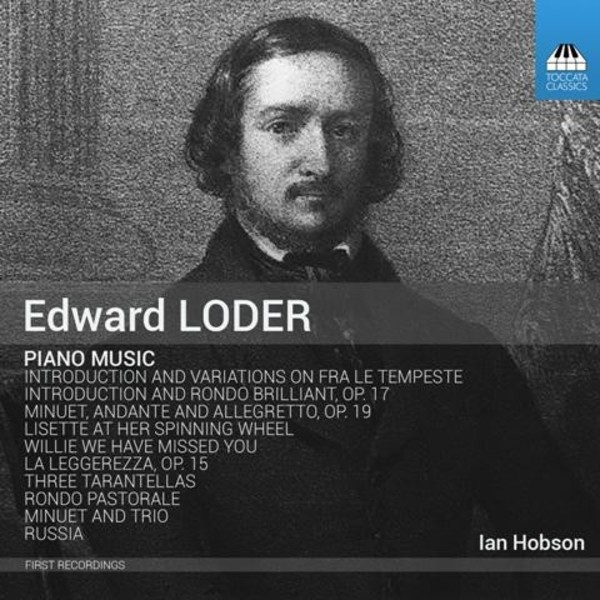 Edward Loder (180965), the scion of an important family of early-Victorian musicians, is one of the lost generation of British composers living between Samuel Wesleys time and the beginnings of the British musical renaissance.

He enjoyed brief success as an operatic composer and for a while he could rely on frequent commissions and publication for his songs and piano music. But he had an uneven and ultimately tragic career: not only was he briefly imprisoned for debt; he ended his days a pauper, paralysed and forgotten.

Yet the best of his piano music  recorded here for the first time  shows a composer alert to developments in the music of Beethoven and Schubert and with a lively sense of invention of his own.

This CD is released to mark the 150th anniversary of Edward Loders death.

Ian Hobson, pianist and conductor, began his international career in 1981 when he won First Prize at the Leeds International Piano Competition. He is in increasing demand as a conductor, particularly for performances in which he doubles as a pianist. He made his debut in this capacity in 1996 with the Stuttgart Chamber Orchestra, and also performs extensively as pianist-conductor with Sinfonia da Camera, a group he formed in 1984 and which quickly gained international recognition through its recordings. Ian Hobson appears on a number of other Toccata Classics recordings as pianist.