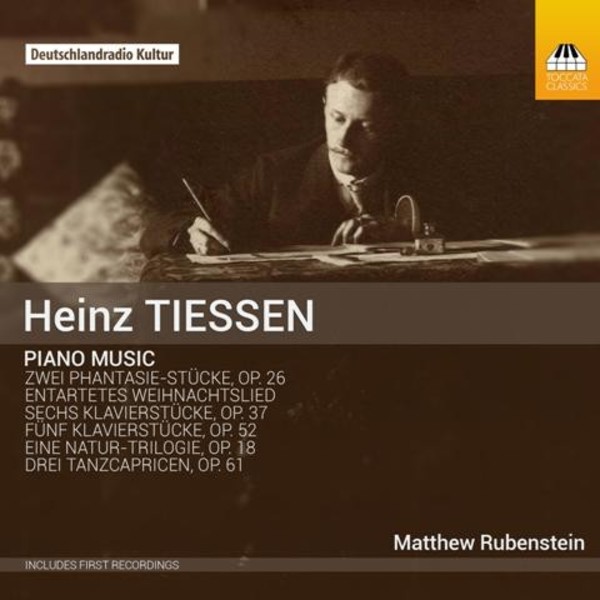 Heinz Tiessen (18871971) was one of the most prominent composers of the Weimar Republic, but his music has largely been lost from sight.

This first-ever survey of his most important piano works include Eine Natur-Trilogie, a substantial three-part symphonic poem for piano, and a number of shorter works. Together these pieces show Tiessens ability to combine a variety of styles  neo-Baroque counterpoint, Straussian textural opulence, Schoenbergian expressionism and Hindemithian clarity  in a personal language that is generous in its gestures and direct in its appeal.

This release shows that it was not only Jewish composers whose careers were shattered by Hitlers rise to power: although Tiessen was not officially blacklisted, his music was sidelined and after WW2 his music was rarely performed, and so he slipped into obscurity.

Matthew Rubenstein has performed as soloist and chamber musician on four continents. The German magazine Piano News wrote of his playing: With virtuosity and sensitivity, Rubenstein gives life to every note; his playing expresses a profound understanding of contemporary music. In 1993 he won the Artists International Debut competition in New York City. After concert appearances in North and South America, in 1999 he was awarded a Fulbright scholarship to study in Berlin, where he now lives and performs regularly.