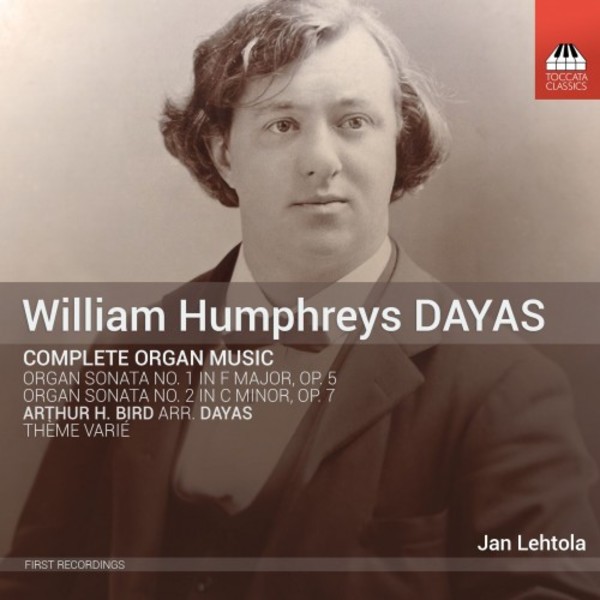 At the beginning of the twentieth century the American William Humphreys Dayas (18641903) was the leading professor of piano at the Royal Manchester College of Music. He was an important figure: he studied with Liszt, was friends with Busoni and became a major pedagogue, holding teaching posts in Helsinki, Wiesbaden and Cologne before he came to Manchester in 1895. Although Dayas left only a handful of compositions, two of them are major organ sonatas  passionate, Lisztian works that have remained completely unknown until now.

Although no official reason for Dayass early death was given, reading between the lines of contemporary accounts suggests that he may have been an alcoholic.

Dr Jan Lehtola is one the most successful and progressive Finnish organists of his generation. He has appeared with the Finnish Radio Symphony Orchestra, Tapiola Sinfonietta, the Lahti Symphony, Tampere Philharmonic and Ostrobothnian Chamber Orchestras and the St Michael Strings. The conductors with whom he has worked include Kent Nagano, Juha Kangas, Sakari Oramo, Muhai Tang and Osmo Vänskä, amongst others, and the composers who have written for him include Kalevi Aho, Thierry Escaich, Naji Hakim, Paavo Heininen and Pehr Henrik Nordgren. This is his first for Toccata Classics.

Performed on the Walcker Organ of St Johns Church, Helsinki