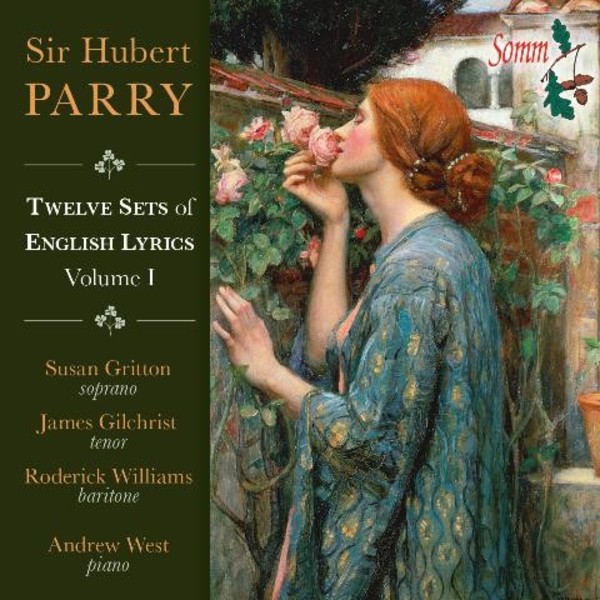 This month's new release from Somm brings exciting news for all lovers of English Song!

At long last, Hubert Parry's complete Twelve Sets of English Lyrics are now available, beginning with Volume I. The twelve sets, which also include other songs by Parry, are spread over three volumes which will be released at six-monthly intervals.

This has been a close and enjoyable collaboration between Somm, the excellent pianist Andrew West and Susan Gritton, James Gilchrist and Roderick Williams, three charismatic singers at the top of their profession, all sharing the same fondness for the expressive lyricism and eloquence inherent in Parry's songs.

Susan Gritton's preface to Professor Jeremy Dibble's booklet notes in Volume I encapsulates the essence of Sir Hubert Parry, both as a musician and a man of great intelligence and sensibility: "Since the idea of recording the Complete 12 Sets of Parry's English Lyrics with SOMM emerged earlier this year, it has become our mission to make people aware of their power, depth and sheer lyricism. For us, it has been an extraordinary voyage through this treasury of English song which has been too long neglected. In fact, this is the first ever complete recording of these songs.

The English Lyrics lie at the heart of Parry's output. Through these recordings we aim to re-frame Parry the musician and private man among the world of pre-Raphaelites and the contemporary movements of his time (his wife was a suffragette and Parry wrote "Jerusalem" for a meeting in 1916 of 'Fight for Right', the movement for the emancipation of women) thus, banishing the widely held notion that Parry was an institutional Victorian with a narrow musical vision. From the hand of the composer who gave us, for instance, the soaring vocal lines of "I was glad", here we encounter song writing with piano accompaniments that owe more to the world of Brahms and Wagner than trifles from a Victorian sitting room. His music is complex, it goes well beyond "Jerusalem" and "Blest Pair of Sirens" and is hugely rewarding when studied more closely.

Parry was also an inspired teacher whose illuminating influence was beneficial to many of the next generation of British composers, not least to Vaughan Williams one of Parry's students at RCM who, through Parry's teaching, widened his own musical horizons and became aware of the greatness of the English choral tradition. I think back now with a tinge of regret that I did not think to question my grandfather and renowned accompanist, Eric Gritton (1889 -1983), friend of Vaughan Williams, who had known Parry personally at the Royal College of Music, London. How interesting and useful his insight and knowledge would have been!"