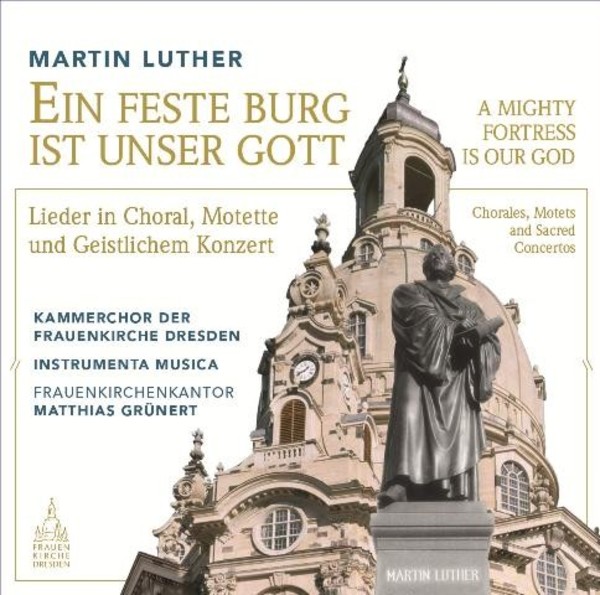 Martin Luther - A Mighty Fortress is our God

It has been ten years since the Dresden Frauenkirche, completely destroyed in WWII, was reconstructed. Since that time the magnificent Dresden landmark has attracted thousands of visitors daily from all over the world into the Baroque centre of the Saxony metropolis  not only because of its eventful history, but also because of its excellent acoustics.

The Martin Luther monument located in front of the church, reminds us of yet another jubilee: until the year 2017, we are still experiencing the Luther Decade, which finishes with the 500th anniversary of the Reformation. For Martin Luther, known as the Wittenberg Nightingale even during his lifetime, music was of especially high significance for his life and belief. The treasure trove of world-famous chorales that he left behind for us became a source of musical inspiration for wonderful motets, spiritual concertos and other adaptations by renowned composers from the Baroque era such as Michael Praetorius, Johann Hermann Schein, Hans Leo Hassler and Heinrich Schütz.

The cantor for the Frauenkirche Matthias Grünert has collected these adaptations and shows us, together with the Kammerchor der Frauenkirche Dresden, excellent soloists and the Barockensemble Instrumenta Musica, how diverse the trusted chorales Nun komm, der Heiden Heiland, Ein feste Burg ist unser Gott or Vom Himmel hoch, da komm ich her can be.