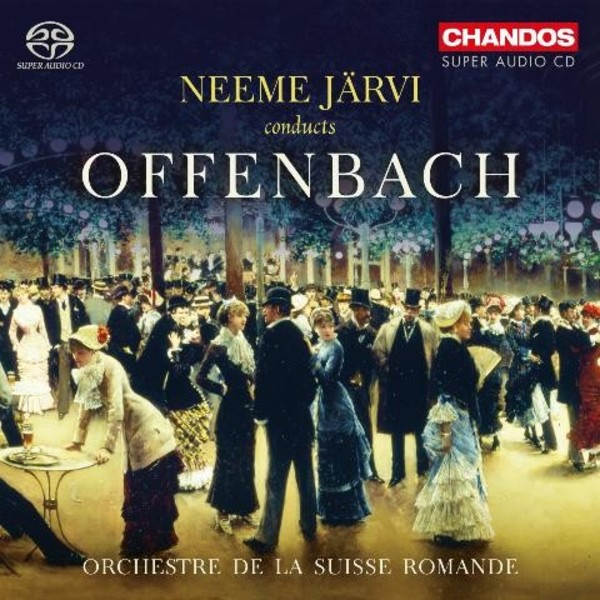 Neeme Järvi and the Orchestre de la Suisse Romande explore Offenbachs effervescent music in this third album of their survey of French orchestral works of the nineteenth century  all recorded in Genevas historic Victoria Hall.

Although he was born in Germany, it was for Paris (the Bouffes-Parisiens, Palais-Royal, Opéra-Comique, Variétés theatres) that Offenbach composed these works. Their brilliant tunes continue to delight over 130 years after his death.