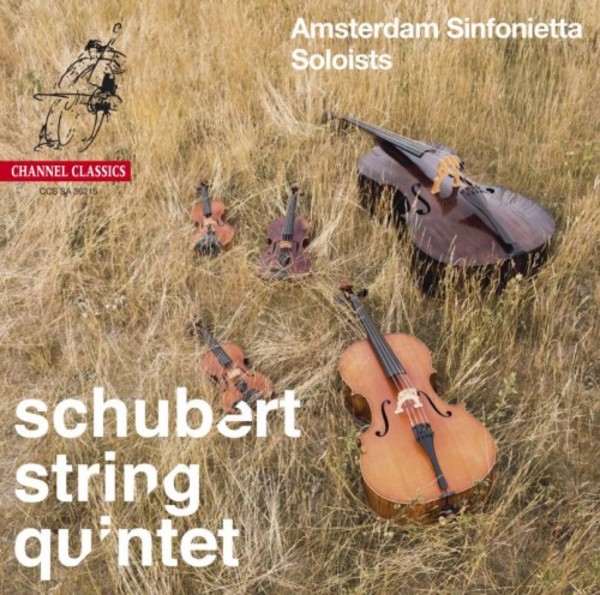 An unusual version of Schuberts celebrated String Quintet in C major has been chosen for this CD recording. The work is one of the icons of chamber music, and it is therefore all the more painful that Schubert never heard it, since it was not performed until twenty years after his death, and publication came even later.

The instrumentation corresponds to the quintets of Luigi Boccherini and George Onslow, who wrote countless works for two violins, viola and two cellos. It is said that, having heard the double bass player Domenico Dragonetti, Onslow provided all his string quintets with an alternative bass part to replace the second cello part. Earlier, Beethoven, too, had hugged this Paganini of the double bass out of pure admiration. Almost ten years before his String Quintet in C major, Schubert wrote the Trout Quintet, in which the double bass features prominently. His interest in the instrument is also illustrated by its important role in works such as the Octet, the Ninth Symphony and the Song of the Spirits over the Waters.

What would Schubert have done if he had heard Dragonetti play? With this in mind, the Amsterdam Sinfonietta requested Marijn van Prooijen, a double bass player and arranger, to adapt the second cello part for the double bass. Rick Stotijn plays it on a small double bass with a high tuning in fourths and even a high C string, which allow room for the player to be flexible in using the different registers.