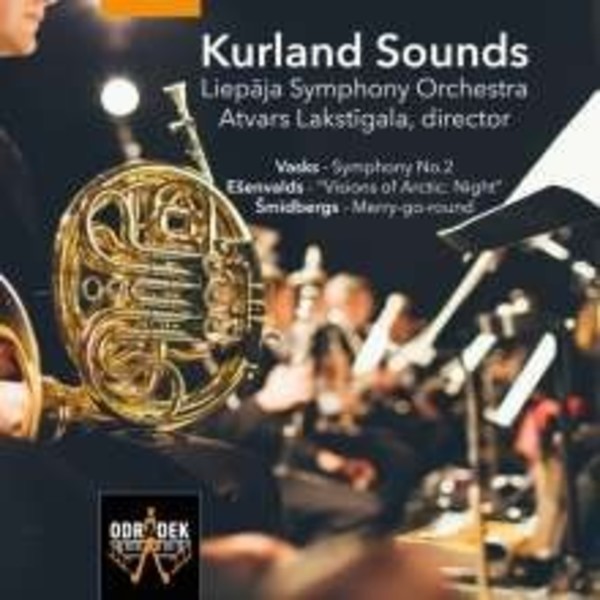 Within the classical music industry there is a real thirst for music by composers yet to be discovered by the mainstream. The classical music of Latvia has been an untapped resource for too long, currently being rectified by the dedicated work of the Liepaja Symphony Orchestra - reflected in the exciting Kurland Sounds, their first release for Odradek Records.

Liepaja is situated in the Kurland region of Western Latvia, on the shores of the Baltic Sea, where its striking coastline is punctuated by haunting birdsong and the stunning Northern lights. The Liepaja Symphony Orchestra was founded there in 1881, the first philharmonic orchestra in the Baltic States. Since then, it has cemented its reputation as one of the foremost orchestras of the region.

Kurland Sounds brings together works by Latvias most prominent contemporary composers. Peteris Vasks, whose style has drawn comparisons with Arvo Pärt, was commissioned to write his Symphony No.2 by the BBC and the Bournemouth Symphony Orchestra, and the work was premiered at the 1999 BBC Proms. Vilnis Smidbergs paints musical pictures reflecting the fascinating shifts in Latvias recent history, and Eriks Esenvalds was a recent composer-in-residence at Trinity College, Cambridge, where his visits to the university observatory inspired music of celestial beauty.

The Liepaja Symphony Orchestra is joined for Esenvalds Clarinet Concerto by Ints Dālderis, one of the countrys most celebrated musicians, leader of the Nordic Symphony Orchestras clarinet section, and the official cultural advisor to Latvias Prime Minister. The orchestra is conducted by Atvars Lakstigala, its chief conductor since 2010.