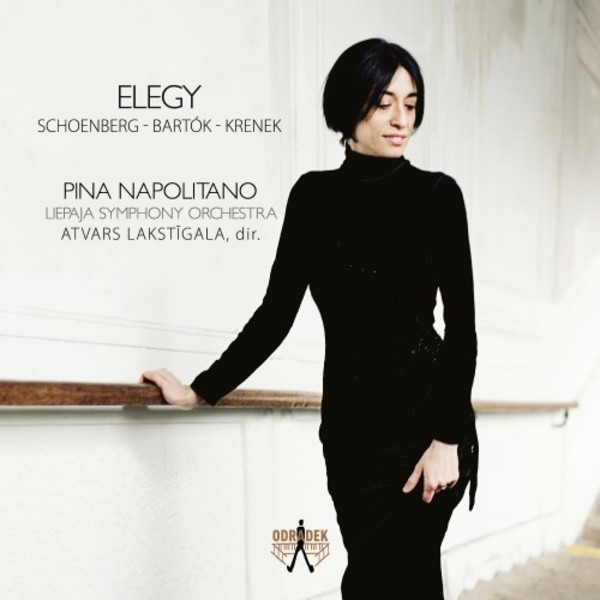 Programmed alongside Bartóks Third Piano Concerto, Pina finds a common thread uniting the two concerti in their shared sense of nostalgia and in this nostalgia's redemption through dance. With characteristic perceptiveness, she explores their blend of the wistful and the joyous.

Reinforcing the albums elegiac character, the Liepaja Symphony Orchestra performs Schoenbergs Accompaniment to a Film-Scene, harkening danger, fear, catastrophe, followed by Kreneks Symphonic Elegy. Three composers exiled by war, expressing sorrow for the world they left behind, tempered by their new experiences of America. It is a CD that explores pathos and loss, whilst managing to find joy amid the tears.

Schoenbergs Piano Concerto uses his 12-tone method, yet there are many precedents referenced in the work, including Mozart, Beethoven, Liszt, and Brahms, as well as the expressionistic voice of his own past, from the Vienna he left behind. The Film Music belongs to this expressionistic period, and foreshadows the turmoil his land would see within a decade.

Schoenbergs close contemporary Webern is poignantly commemorated in Kreneks Symphonic Elegy. Webern was accidentally shot by an American soldier in 1945, and the Elegy unfolds as one continuous lamentation, at times Mahlerian in its emotional expressivity.

Bartóks Third Piano Concerto was written during a time of turmoil for the composer: his career was languishing and his death was immanent. In the Third Concerto we find his rigorous writing softened with lyricism, particularly in the central Andante religioso, which alludes to Beethovens holy thanksgiving from his Op.132. The dances which culminate in the final movement reference multiple styles and seem to summarize the history of music and the story of Bartóks life, up until the final ascendant bars, which were completed by a student.