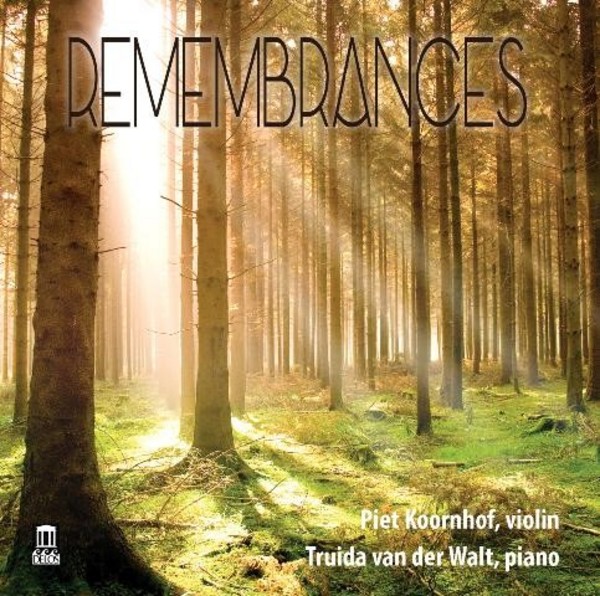 Violinist Piet Koornhof, one of South Africas most acclaimed musicians, has figured prominently in three prior recordings for Delos. In this release  beautifully partnered by distinguished pianist Truida van der Walt  he has assembled a program of mostly 20th-century works that focus more on his instruments lyrical, singing qualities than its virtuosic possibilities.

Captured in radiant sound, these sweet and soulfully attuned performances by Koornhof and van der Walt make for an exceptional album that will beguile any fan of music for violin and piano.