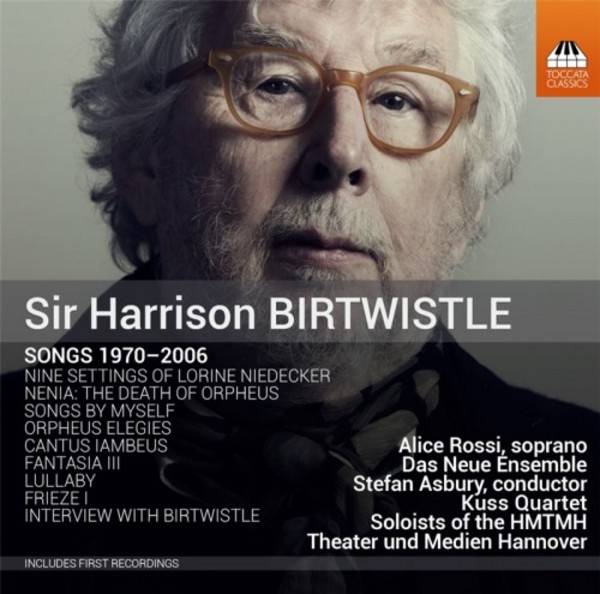 Among the events celebrating Sir Harrison Birtwistles 80th birthday in 2014 were two concerts in Hannover, attended by the composer, which concentrated on his songs, the highlights of which feature on this release.

Birtwistles songs blur the boundaries between vocal and instrumental techniques - on occasion, indeed, they involve instruments only.

This CD also features a recording of Sir Harrison talking about his songs in interview.

The recording features the young Italian soprano Alice Rossi, as well as some of the rising names of the next generation, the star students of the Institute of Chamber Music and Lied, University of Music, Drama and Media, Hanover. It also includes performances by the Kuss Quartet, winners of a Borlotti-Buitoni Award in 2003, and by the crack Das Neue Ensemble, conducted by modern-music specialist Stefan Asbury, Chief Conductor of the Noord Nederlands Orkest.