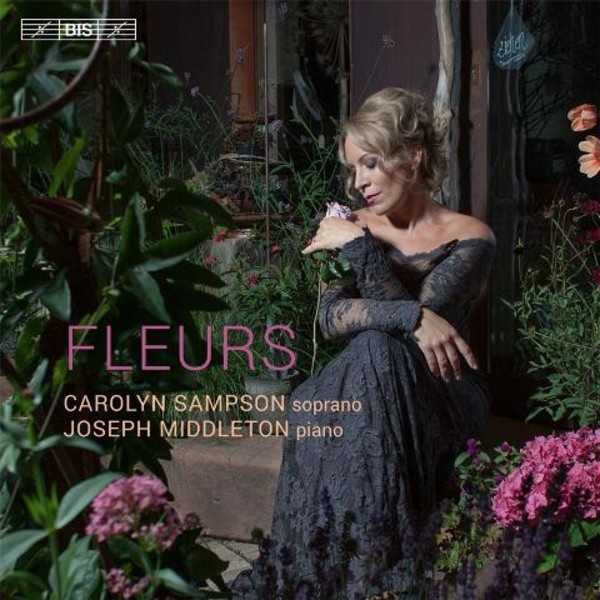 » no.4 The nightingale and the rose 'Solovej i roza'

» no.4 The nightingale and the rose 'Solovej i roza'

Carolyn Sampson has enjoyed notable successes worldwide in repertoire ranging from the early baroque to the present day, in opera and concert as well as on disc. Nevertheless, the present recording is, as she writes in a personal introduction in the CD booklet, something of a début  her first recital disc of songs with piano.

When choosing the repertoire, she collaborated closely with her pianist Joseph Middleton, and together they have devised a garland of flowers: settings of poems on a floral theme in Russian, English, French and German.

Just as flowers themselves are used to convey affection or regret, and are symbols of celebration as well as bereavement, the selected songs represent a great diversity, through their different musical styles and affects. Scintillating exuberance, as in Faurés youthful Le papillon et la fleur, and intimate delicacy (Schumann: Schneeglöckchen) alternate with the ethereal mystique of Richard Strauss and the sad resignation which infuses Brittens setting of Alexander Pushkins poem Solovej i roza, depicting the unrequited love of a nightingale for a rose.

There are even threatening moments, as in De fleurs, Debussys setting of his own, Baudelairean text, in which violet irises and sickly white lilies languish in a stifling hothouse atmosphere. But as Carolyn Sampson and Joseph Middleton sum it up in the closing song of the disc, Chabriers Toutes les fleurs, we do adore them all, be they mimosa, jasmine, lilies-of-the-valley, marigolds, corn-flowers, cyclamen