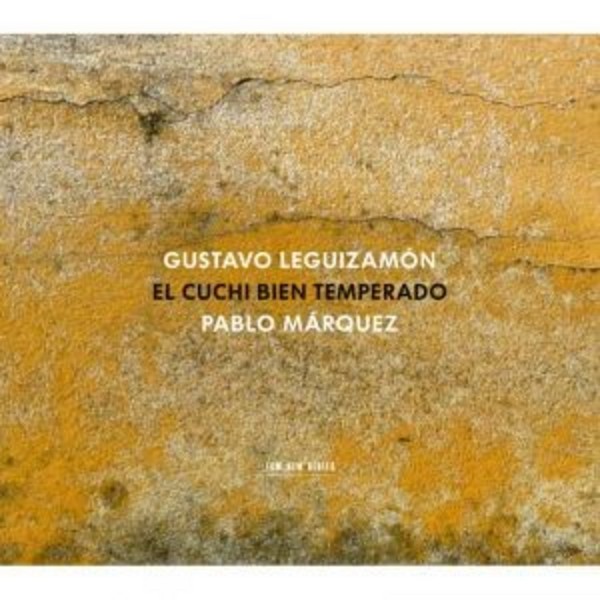 Gustavo 'Cuchi' Leguizamón (1917-2000) was a unique figure in the musical culture of Argentina - a poet, composer, pianist and guitarist, a popular artist and a highly sophisticated musician. Here Pablo Márquez pays homage with an album of Leguizamóns pieces arranged for solo guitar.

Leguizamón was born in Salta, a city in the foothills of the Andes and a seedbed for outstanding popular musicians. Though born in St Pedro de Jujuy (in 1967), Pablo Márquez was raised in Salta and, aged 13, first encountered Leguizamón there in his capacity as a history teacher: Cuchi was also a lawyer and teacher in addition to being one of Argentinas greatest musicians.

As a composer, Leguizamón was an exceptional melodist and an adventurous traditionalist. The majority of his work consists of zambas, which Márquez considers Salta's quintessential musical form. Leguizamón brought a sense of harmonic freedom to these dance pieces, incorporating his melodic and harmonic ideas in Argentine traditional music, "without ever losing its essence or strong sense of rootedness". A builder of bridges between art music and oral traditions, he was inspired by classical music, especially Beethoven and 20th century composers including Debussy, Ravel, Stravinsky and Schoenberg.

The title of Márquez's album makes reference to Bach's Well-Tempered Clavier, and the guitarist here similarly arranges Cuchi's music for all major and minor keys. Márquez says: "To provide a wealth of colours I set myself the challenge of never repeating any key...It was my way of enriching folk practice, and also a reflection of my classical training in this encounter with traditional music."

This is the second ECM album from the Swiss-based Pablo Marquez, following his disc of music by Luys de Narvaez, 'Musica del Delphin' (4765878), released in 2007.