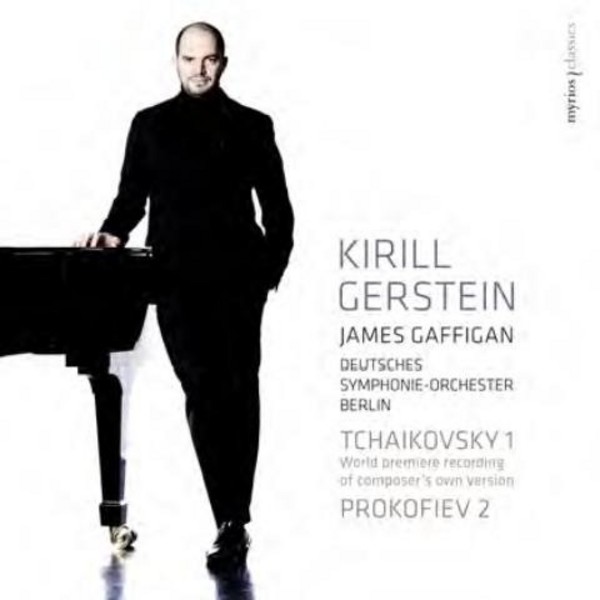 Kirill Gersteins first orchestral recording marks the world première recording of the 1879 version of Tchaikovskys first Piano Concerto. Based on Tchaikovskys own conducting score from his last public concert, the new critical Urtext edition will be published in 2015 by the Tchaikovsky Museum in Klin, tying in with Tchaikovskys 175th anniversary and marking 140 years since the concertos world première in Boston, in 1875.

For the recording, with the Deutsches Symphonie-Orchester Berlin conducted by James Gaffigan, Kirill was granted special pre-publication access to the new Urtext edition.

Despite negative criticism from pianist Nikolai Rubinstein, Tchaikovsky had the first version of the concerto published in 1875. The second version, which has been recorded here, incorporated small practical adjustments to the piano part made by Tchaikovsky. It was published in 1879 and used by him in subsequent performances, including in 1893 at the last concert he conducted when he paired the Piano Concerto with the world première of his Pathétique Symphony.

Tchaikovsky died within days of the performance, and the third version of the Concerto was published a year after his death. According to Kirill it contains a number of editorial changes that differ from the text of Tchaikovskys own score, were not authorized by him and made posthumously.