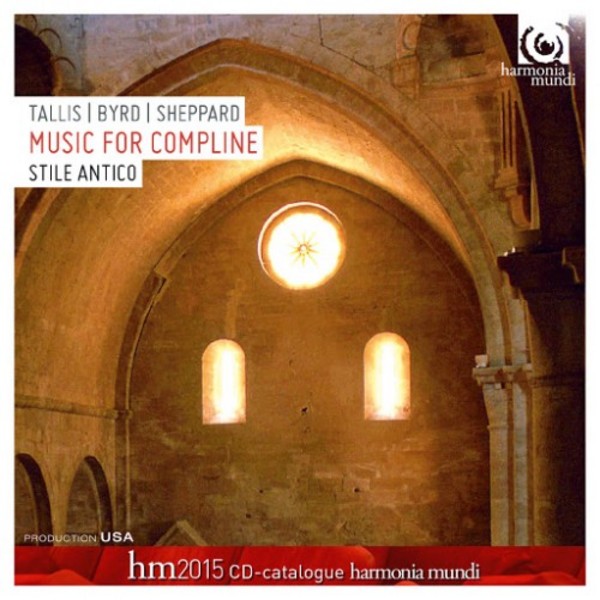 Stile Antico's debut recording was a programme of 16th- and 17th-century polyphony written by some of England's greatest composers for the office of Compline: last of the daily hours and a form of night prayer.

"This outstanding release ... features absolutely ravishing performances by Stile Antico, one of Britain's newest ensembles and certainly among the most promising vocal groups to come along in the last 20 years. These well-matched and perfectly tuned young voices are a joy to hear, and their singing style conveys a level of excitement in the rhythms and vibrancy in the harmonies that's unusual to hear and rare to experience on a recording. This is an extraordinary recording: In its debut on Harmonia Mundi Stile Antico has given choral music lovers everywhere a reason to celebrate what looks like the beginning of another beautiful relationship!" - 10/10, Classicstoday.com

"Debut recordings rarely come as impressive as this sequence of 16th-century English music for the evening service that concluded the daily monastic round of prayer. It suggests that Stile Antico have a future as bright as their pure and crystalline soprano sound, which is heard to special advantage in the pieces by John Sheppard, the most lavishly represented composer on the disc. His penchant for high, soaring treble lines combines with a personal approach to harmony and texture to create beautiful music with an ethereal quality, excellently exemplified in the Libera nos settings that open the programme. Less stratospheric but equally rich and sonorous are Byrd's glowingly ecstatic Nunc dimittis and Tallis's seven-part Miserere nostri, which show off the precision of the group's ensemble singing and control of phrasing and dynamics. The latter quality, coupled with admirably clear enunciation, also enables them to give expressive performances of simpler pieces such as Byrd's hymn Christe qui lux es, where sudden fortes emphasise the fearful dangers of the night" - Elizabeth Roche, The Daily Telegraph, Saturday 3rd March 2007