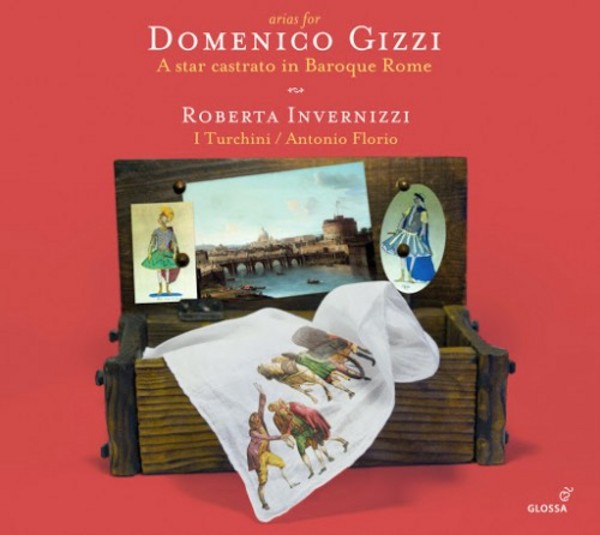 Arias for Domenico Gizzi: A star castrato in Baroque Rome

A new Antonio Florio-directed recording from Glossa, once more focusing on a famous Italian singer from the Baroque era, again features the gorgeous vocal qualities of the modern-day Italian interpreter of such music, Roberta Invernizzi. This new and glorious succession of virtuoso arias captivated audiences in Roman theatres through the vocal chords of one eminent singer from 1718 onwards.

'Arias for Domenico Gizzi' traces the spectacular career of an artist whose importance lay not just in his voice, but his skill in being engaged to sing in operas which served the political needs of the powerful early 18th-century patrons: from Queen Christina of Sweden and James Stuart, 'The Old Pretender', to Roman cardinals.

As ever, Antonio Florio leads a zestful I Turchini for this new recording, whilst Giulia Veneziano, in her booklet essay, opens up what, for many, will be a previously uncharted voyage into the history of singing in its own right.