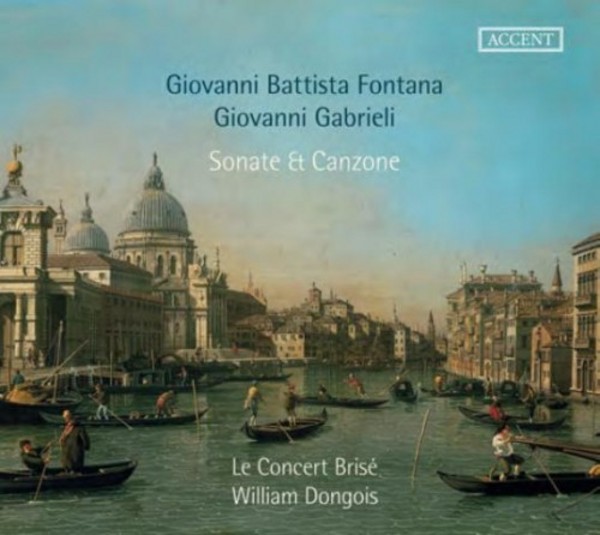 William Dongois is one of the best-known cornettists of our time. He plays the repertoire of his instrument  the cornett resembles a flute in its construction, whereas its wooden mouthpiece is used similarly to that of a trumpet  with dancelike elegance, rhetorical concision and, often, even with a certain 'groove'.

Dongois presents nine sonatas by Giovanni Battista Fontana here. Fontana, born in Brescia, was active in Venice, Rome and Padua, where he died in 1630 during a plague epidemic. He was an outstanding violinist, and his only surviving opus with 18 instrumental sonatas is an important testimonial for the emergence of autonomous instrumental music. The other nine sonatas have already been recorded by Le Concert Brisé on the CD 'Venetian Art 1600' (ACC24253).

Dongois' instrumentations of these works include cornetts, violins and baroque trombones, achieving a large and rich sonic variety.

In addition, three instrumental canzonas for large ensembles are heard, as well as an instrumental version of the great motet 'Exaudi Domine' of Giovanni Gabrieli. All the instrumentalists on the recording come together in these works, and the full, tutti sound gives an impression of the sonic splendour of Venetian music in this epoch.