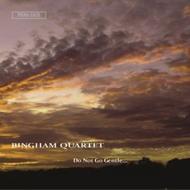 Do not go gentle

Do not go gentle

The Bingham Quartets recording Do Not Go Gentle... takes its title from a string quartet by Michael Parkin, itself named after Dylan Thomass line and dedicated to the composers father-in-law who was killed in a tragic gliding accident. Four other compositions for string quartet also feature on this disc of première recordings - by Simon Speare, Janet Owen Thomas, David Stoll and Anthony Gilbert.

The Bingham String Quartet was formed at the Royal Academy of Music in 1985 and has gone on to become one of the foremost chamber ensembles in the UK, with an enviable reputation for both classical and contemporary repertoire. The Quartet has recorded numerous CDs and has worked for radio and television both in the UK and as far afield as Australia.

The group has toured in Europe, the Middle East and Australia and has worked with distinguished musicians such as Jack Brymer, Raphael Wallfisch, Michael Collins and David Campbell. The Quartets educational activities have included residencies at Londons South Bank Centre, for several UK festivals and at Radley College. The Quartet is also known for its many performances of new works by some of the best young composers in Britain. 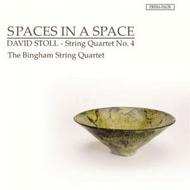 David Stoll - String Quartet No.4 Spaces in a Space 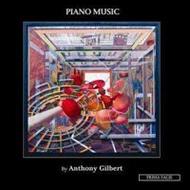