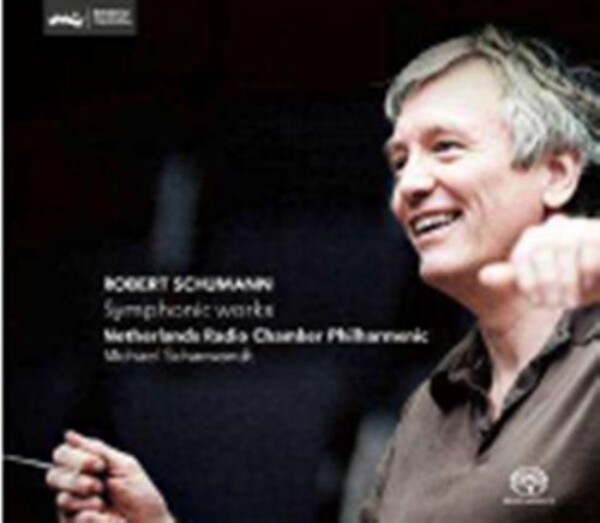 This double hybrid SACD set from the Netherlands Radio Chamber Philharmonic and its chief conductor Michael Schønwandt brings together all four of Robert Schumanns symphonies. It also includes two lesser known works, the incomplete early Symphony in G Minor, WoO 29 Zwickau, and an arrangement by Hans de Vlieger of the last of the Six Fugues on the name BACH, Op.60, originally written for the pedal piano.

The numbering of the symphonies produces a degree of confusion in that the Symphony in D minor from 1841 was fundamentally revised by Schumann in 1851 and was then given number 4. The recording on this CD is a reconstruction of the original version and is in fact Schumanns Second.

Michael Schønwandt has recorded all of Carl Nielsens symphonies on CD for Dacapo and directed the Royal Danish Orchestra on the DVD release of Kasper Bech Holtens staging of Wagners The Ring of the Nibelung. Since 2010 he has been chief conductor and artistic director of the Netherlands Radio Chamber Philharmonic in Amsterdam, and has been principal guest conductor of the Staatsoper in Stuttgart.