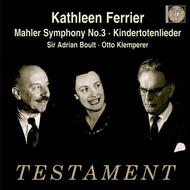 Kindertotenlieder
Symphony no.3 in D minor

Kindertotenlieder
Symphony no.3 in D minor

Sir Adrian Boult only made one commercial recording of a Mahler Symphony  the 1st. Until the Edward Agate collection turned up and was in due course made available solely for listening at the Barbican Music Library (the first listening venue of Music Performance Research Centre), no-one had any recorded evidence of Sir Adrians involvement with other Mahler symphonies. On quite a number of occasions, when I was a musician, I played with him and once, long before I found the acetate discs, I had the temerity to ask him about some of the artists he knew in his early days. He was generous but brief in his answer, as he wanted to rest, but he did say how greatly he had always admired Mahlers music, even though he had never known the composer personally. That was the first memory that came into my mind when I found the discs of his Mahler broadcast performances. Thank goodness they were made, because not only do they include an historic première of a work that was not to be recorded commercially for another four years and was not to be heard again in England until 1960, they also reveal the pioneering spirit and deep commitment of a conductor who was guiding the performers through what was then still a brave new world. The performance of Kindertotenlieder with Kathleen Ferrier and the Concertgebouw Orchestra of Amsterdam conducted by Otto Klemperer took place in the Concertgebouw Hall on the 12 July 1951. Mahler had died forty years earlier, and this was a commemorative concert in which the main work was the 2nd Symphony. Kathleen Ferrier, who sang in both compositions, would herself be a memory only two and a quarter years later, at just 41. Already, at the time of this event, the first signs of cancer had appeared, and the brilliant young star whose career was ascending so brightly when she sang in the first British performance of Mahlers 3rd Symphony four years earlier was doomed. It is hard not to think of that fatal stroke of destiny and the courageous way she faced her impending demise when listening to her realisation of the deeply poignant music that Gustav Mahler composed when he set Friedrich Rückerts poems on the death of children. from the booklet note © Jon Tolansky, 2008 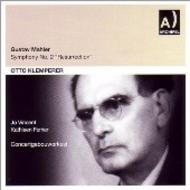 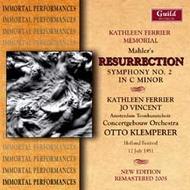 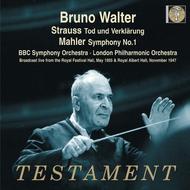 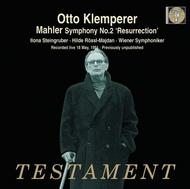