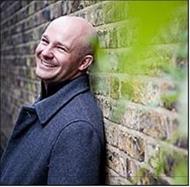 Gabriel Fauré's set of thirteen Nocturnes for solo piano contain some of the most beautiful and original pieces that the composer created.

Their composition over half a century (1870 - 1921) charts the development of a highly personal voice beginning with the Chopinesque early works and culminating in the passionate outpourings of the final masterpieces.

Charles Owen began his musical studies at the Yehudi Menuhin School with Seta Tanyel and continued at the Royal College of Music under the guidance of Irina Zaritskaya. While at the college he won all the major piano prizes before completing his studies with Imogen Cooper. He received the Silver Medal at the Scottish International Piano Competition (1995) and was a finalist in the 1996 London Philharmonic/Pioneer Young Soloist of the Year competition. In 1997 he won the prestigious Parkhouse Award in partnership with violinist Katharine Gowers.

Charles has performed in many of Britains leading concert halls and with a large number of celebrated orchestras. He has also collaborated with many outstanding artists including violinists Antje Weithaas, Chloe Hanslip, Henning Kraggerud, Jack Liebeck, Renaud Capucon and Catherine Leonard as well as cellists Adrian Brendel, Natalie Clein, Guy Johnston, Paul Watkins and Tim Hugh. In addition, Charles has appeared in performances with the Wihan, Vertavo and Vogler quartets and the Haffner Wind Ensemble.

His first solo disc, featuring the piano music of Leos Janácek was listed as a key recording in The Penguin Good CD Guide. A highly acclaimed disc of works by Poulenc was selected as Editors Choice in the June 2004 edition of Gramophone and was subsequently nominated for a Classical Brit Award in 2005. An EMI Classics for Pleasure recording of cello and piano sonatas by Brahms and Schubert, with Natalie Clein, won a Classical Brit Award in 2005.

Works for Violin and Piano