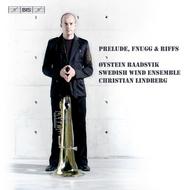 A Quick Blast for wind, brass and percussion

A Quick Blast for wind, brass and percussion

This disc presents a highly varied programme centred on the combination of solo tuba and wind band. It covers a wide spectrum of styles, from the Concerto by Boris Diev (b. 1924)  a leading figure within the great Russian wind orchestra tradition  to Swedish composer Fredrik Högbergs (b.1971) wisecracking and effect-laden Trolltuba, a re-telling of the folk tale Three Billy Goats Gruff.
A highlight on the disc is tubaist/composer Baadsviks own piece, the unique Fnugg Blue, a highly enjoyable showcase for pioneering tuba techniques  including percussive effects and multiphonics.
Øystein Baadsvik is backed up by the eminent Swedish Wind Ensemble under its principal conductor Christian Lindberg, with a rhythmic drive and energy which also comes to the fore in the two pieces not featuring solo tuba: Leonard Bernsteins Prelude, Fugue and Riffs, composed in 1949 for Woody Herman, and Mark-Anthony Turnages A Quick Blast. 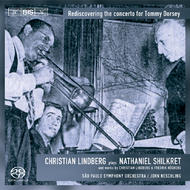 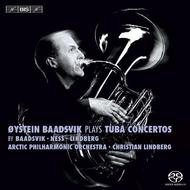 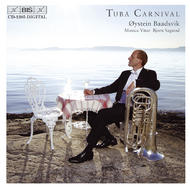 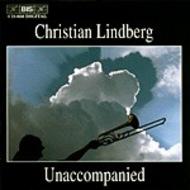 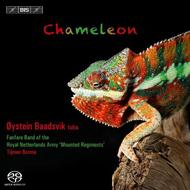