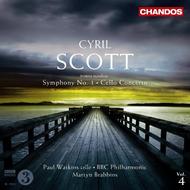 The Chandos survey of music by Cyril Scott comes to a close with two world premiere recordings of the Cello Concerto and First Symphony.
The series has introduced many British music enthusiasts to his music and, as Fanfare described, a wider acquaintance with Scotts rich output is to be encouraged BBC Music magazine commented Brabbins directs sympathetic and characterful performances well worth any British music-lovers time. As with the previous three volumes, the BBC Philharmonic perform, with Martyn Brabbins conducting.
Cyril Scott was amongst the many young British musicians who studied music in Germany, where he acquired the German artistic ideas of the time. Whilst in Germany he met and became a champion of the German poet Stefan George and this friendship proved immeasurably influential in his compositional writing, especially his First Symphony. Scott dedicated the work to George citing  whose art I am indebted for many of my best and most religious ideas.
It is thanks to Scotts friendship with Percy Grainger that the score is still in existence. Grainger was obsessed with archiving the musical time through which they lived and was thus constantly asking Scott for his manuscripts for his museum in Melbourne. It is only because of this that several of Scotts scores have survived, including this First Symphony which experiments with the modern, rhapsodic style and various orchestral colours that he was to develop in his subsequent works.
Scotts early success came to an unforeseen halt with the outbreak of the First World War. His growing reputation in Germany suddenly ended and his German publisher became an embarrassment. Fortunately he was thought of by many as the pre-eminent avant-garde musician of his generation and his association with composers such as Ravel and Debussy was in his favour. Indeed, Debussy admired Scotts music and was an obvious influence.
The First Symphony is coupled by the Debussy-esque Cello Concerto written in 1937, which receives its first performance on disc. This virtuosic and extravagant work is full of mysticism and haunting melodies, and shown in its best light by cellist Paul Watkins.
As this exploratory series comes to an end, this remarkable discovery in 20th Century British music will prove a must for all British music enthusiasts. 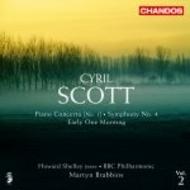 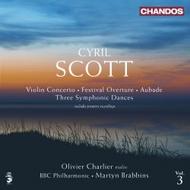 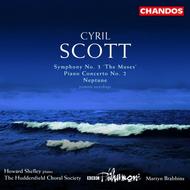 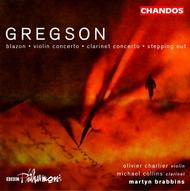 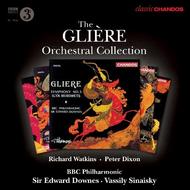