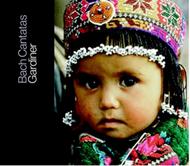 This release is taken from the 59th and final programme of the Bach Cantata Pilgrimage. Recorded in St Bartholomews, New York, this disc begins with Bachs great double-choir motet, Singet dem Herrn BWV 225. The atmosphere in St Barts was exceptional, the packed audience rapt and mercifully cough-free! The engagement, zest and sense of complicity amongst both the singers and players is palpable, a climax to this year-long venture.

BWV 122 Das neugeborne Kindelein, a chorale cantata composed in 1724 as part of Bachs second mini-Christmas cycle for Leipzig, is surely about as close as he ever got to the traditional Christmas carol-like image of the infant Jesus. And yet the anonymous librettist bypasses the set readings for the day, and in following closely to a hymn by Cyriakus Schneegass (1597) sticks to an old tradition which conflates the celebrations for Christmas and the New Year.

A similar injunction to render thanks to God for all the good things experienced in the course of the year lies at the heart of the cantata Bach composed a year later as part of his third Leipzig cycle: BWV 28 Gottlob! nun geht das Jahr zu Ende, a fitting title to sum up the parallel sense of loss and fulfilment, relief and regret within the group at the very end of a year-long life-changing experience.

BWV 190 Singet dem Herrn ein neues Lied! was composed for New Years Day 1724 and has come down to us in fragmentary form, at least as regards its first two movements, of which only the voice lines and the two violin parts have survived. All the remaining orchestral parts have had to be reconstructed. Between the psalm verses Bach inserts two lines from Luthers vernacular version of the Te Deum (1529). These he assigns to the traditional liturgical plain-chant delivered in long notes by the choir in octaves, a technique of musical relief of which he was a master  and which is hugely imposing in performance.

Gardiners 2000 Bach Pilgrimage volumes are very addictive. No studio renderings can match them for immediacy, and their revelations are many. ...the general eloquence is overwhelming... You feel you were there, and its thrilling. (The Times)

Once again, Gardiners Monteverdi Choir is the jewel in the crown of each cantata performance. Add to that Gardiners dramatic, electric response to music he clearly loves and you have a set that rivals his Gramophone Record of the Year Award-winning disc that launched this amazing series. (Gramophone) 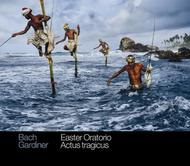 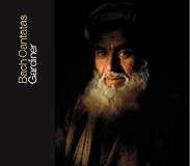 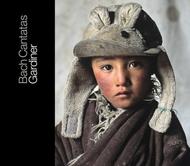 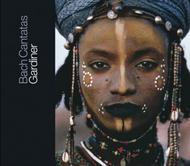 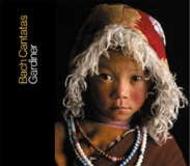 Bach Cantatas vol.14 - For Christmas Day, For the 2nd Day of Christmas