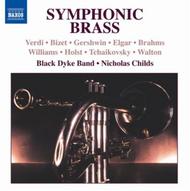 A collection of popular classics though not as we know them, this recording includes perennial favourites such as the Grand March from Verdis Aida, Nimrod from Elgars Enigma Variations and Tchaikovskys 1812 Overture, transcribed for brass band by prominent arranger/composers from the 1930s to the present day.

Founded in 1855, the legendary Black Dyke Band has been awarded the title Champion Band of Great Britain no less than twenty times. In their 150th year they also became European and British Open Champions 2005, and they retained the British Open title in 2006.

David Thornton and John French are the euphonium Soloists in Richard's arrangement of Bizet's Pearl Fishers: Deep Inside the Sacred Temple.