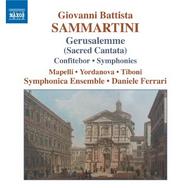 This disc includes a world première recording: La perfidia giudaica, in a new critical edition by conductor Daniele Ferrari, whose previous recordings have been described as having an air of elegance all round (Gramophone on 8.557432).
Sammartini had a long and active musical career, working as maestro di cappella or organist in as many as ten different churches, yet surprisingly few of his sacred compositions survive. The sacred cantatas Della Passione di Gesù Cristo and Laddolorata Divina Madre feature three soloists and were first performed in the church of San Fedele in Milan.
Much like the cantata Il pianto degli Angeli della Pace (Naxos 8.557432), vocal texture is largely dominated by a typically Italianate melodiousness and virtuosity, while the orchestral writing is full of daring harmonies, sparkling themes, and an inexhaustible wealth of ideas.
The sacred cantatas Maria Addolorata and Il pianto di San Pietro are available on Naxos 8.557431. 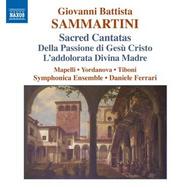 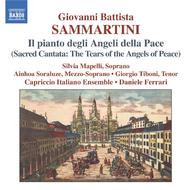 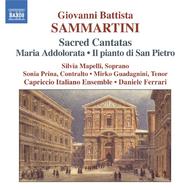 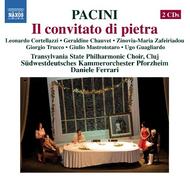 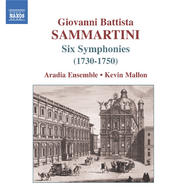